“Welcome to the Layer Cake, son…” 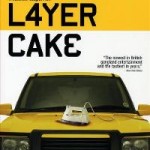 This is just my kind of movie: I understand this British caper movie with drug themes may not be for everyone, but I really dig its style, its cast, its intricate storyline and the name of its main character, “XXXX”.  I’m sure I’ve already lost many of you between the terms “British” (as in, “What the hell did they just say??”), “intricate storyline” and the admission that there’s a main character with no name: and I really mean no condescension in that statement, it’s just that we all have our guilty pleasures.  Layer Cake is undoubtedly one of mine.  Anyhow, if you’re still with me, I think the film’s style in and of itself makes it worth a watch, even if this isn’t your genre.

Let me get into the meat of the sandwich here: what’s Layer Cake about?  It’s about a guy with no name played by Daniel Craig, who’s trying to retire – yes, he’s trying to get out of selling cocaine for a living, but working towards a comfortable retirement is indeed a relatable thought.  Right of the bat, the film makers have taken a common theme and applied sex and violence to it: when is that ever a bad recipe for a film?  The story starts as most British caper films of late begin, with a nice, music-driven montage of how this man’s business works.  Craig’s character separates himself from the Tony Montanas and George Jungs (I’m thinking of Johnny Depp in Blow) as drug dealers we’ve seen in other movies.  This guy keeps a low profile, takes his business seriously, and always pays his clients promptly, fully aware of the dangerous business he’s chosen.

I particularly like the portion of the opening montage in which special effects are used to illustrate how what XXXX sells is really no different from what we buy in the cosemetic store (from one point of view).  The shot I’m referring to has Craig sauntering through a perfume store, with French Connection UK brand “cocaine” and “heroine” in nicely packaged boxes.  As he keeps walking through the store, the boxes re-image themselves into their usual appearances, bringing a nice visual to the fact that hard narcotics are nowhere near legal yet…

Regardless, the opening five minutes do a very efficient and entertaining job of introducing us to the main character, establishing that this film is more concerned with style than probably any other aspect, and setting up the problem.  XXXX always pays his customers “on time, in full, you give no short counts and you get no second chances…” (that line sounds better with Craig’s accent, of course).  Regardless, his biggest customer, Jimmy Price, “wants to have a word”.  Now, immediately Craig’s entire crew is nervous: Jimmy never wants to meet, so… there must be a problem.

Turns out Jimmy wants XXXX to a do a little snoop job for him and find the daughter of Jimmy’s associate, a guy named Eddie Temple.  Without revealing too much, the job forces XXXX to make some serious decisions about the guys he’s been doing business with, a gorgeours girl he comes in contact with (Sienna Miller) and this Temple character.  Speaking of characters, the film is chock full of very amusing personas, who do absolutely all they can between their lines, their costumes and their nuances to maximize their screen time: let me offer some examples –

I have to say, there are several others I’m not even touching on, but you get the idea of how loaded this film is with characters: let me finish by putting it this way – if you liked Lock Stock and Two Smoking Barrels, you really ought to put this one on the list as a more sophisticated, less comedic British caper film.

Final Thought: would you agree that it’s possible that Daniel Craig got his hat thrown into the James Bond ring of considerations for lead role as a result of some of the scenes from this film?