Clint Eastwood does it again 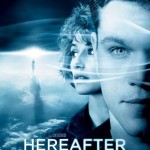 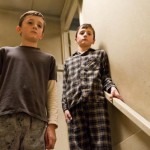 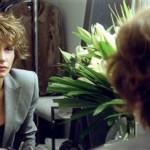 I think my listing of the stars of Hereafter sounds like an old west gang.  Anyhow, as usual, Eastwood’s casting is as sharp as his story, his editing, his use of music and sound to tell the overall story.  While Hereafter may not be his best work, it’s still an astoundingly entertaining volume, further rounding out Eastwood’s encyclopedia, which should be entitled, “What Every Film Maker Needs to Watch”.

“Great, Burke”, you’re saying: it’s another fine film from Eastwood… but what’s it all about?  Well, it concerns three inter-locking stories that eventually illustrate the film’s overall theme, which is A) we’re all connected in one way or another and B) we’ve got nothing to worry about – just enjoy life.  A swell theme, if you ask me, but be advised – this title plays like a book.  The story is grand and the characters and locales numerous: but it is a very paced drama, not an action-packed adventure.

The first of the three characters is a psychic named George Lonegan, played by Matt Damon.  He’s got an immense talent for simply holding hands with his clients, then reaching out to the departed in their lives and communicating back key bits of information that give his clients closure with those they’ve lost.  But, it’s more of a curse than a talent for George.  In Act 1 and 2 of the film, George spends a lot of time trying to do other jobs and meet new people with the hopes of forgetting the work he’s done as a psychic; he was in the psychic healing business for sure, which was so comprehensive, he had a web page.  Believe it or not, this is a key part of his story.

The second of the three characters is Marie Lelay, played by French actress Cecile De France.  The film opens with normal, everyday circumstances leading to Marie nearly being killed by a vacation resort in the 2004 Indian Ocean Tsunami.  During the scene, which uses intense and realistic special effects as they’re intended to be used (see note 1), she gets quite a bump on the noggin.  Two locals revive her, but only after she experiences the legendary “bright light” and sees shadowy figures milling about in what must have been Heaven.  After this experience, Marie’s job as a network news anchor seems to have lost its pizzazz and she starts seeking the answers to more philosophical questions.

The third character in Hereafter is Jason, a nine year old British boy whose twin brother dies in a crazy circumstance.  As if this isn’t enough, poor Jason is removed from his Mom by social services and he’s sent to live with well-meaning foster parents.  Desperate for closure amidst this upheaval, Jason researches and meets with psychic after psychic, mystic after mystic: these scenes do a very polite and admirable job of illustrating that 90% of those who claim a connection to the next world are simply full of it.

I won’t tell you how these three characters, who seem appropriately far removed from each other, actually are connected.  Instead, let me jump off the praise-train for a moment and say Hereafter has its weaknesses.  Top of mind is its slow pace.  And yet, here’s the challenge in critiquing one of Eastwood’s pictures: as soon as I say, “Well, it’s good, but it’s a slow movie”, I can’t answer the question, “OK, chief, how would you make it move along quicker?”  On another issue, I can’t really complain about the subplot concerning George trying to date one of his cooking classmates because of the sincere way this episode ties into the overarching story!  George just can’t connect with the world or have a normal relationship because of this psychic curse he has.  The subplot supported and illustrated this problem in an entertaining way.

So, once again, Eastwood delivers a fine piece of entertainment.  I’m not going to rank this against some of his other pictures I’ve reviewed (see Unforgiven and Changeling) because this isn’t Rotten Tomatoes.  It’s ronhamprod.com.

Note 1: what I mean by my comment about special effects being used appropriately is that Hereafter called for one pivotal scene with special effects.  After that scene, the film makers didn’t use special effects again just for the purpose of using them – that’s all I’m saying.  The entire film wasn’t driven by special effects and most importantly, the story wasn’t contingent upon them.  Don’t get me wrong – I’m excited by films like Avatar and Iron Man which extensively use special effects.  However, I’m more impressed by the appropriate use of “making a Tsunami” in a film like this that is mostly a drama.

Does this make any sense at all?  Oh, no?  Then leave a comment!