What’s It All About, Then? The Movie, I Mean… 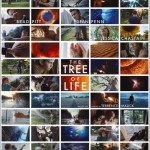 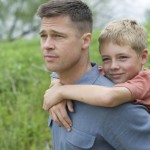 In my line of work, we’re often challenged with comparing a film to other similar titles.  The only film I could think of that approached a comparison to Tree of Life was 2001: A Space Odyssey.  I’m putting this benchmark up front to help you in your decision to see Tree of Life, which I sincerely hope you do.  I hope you see it because it’s a demonstration of how the medium can be used.  It’s much closer to grandiose art and very far from narrative film, which I think helps to explain why some of the media coverage claims, “it’s so hard to describe.”  Let me put it this way: watching this film is like listening to a symphony in its entirety.  There will be some movements you like more than others – and frankly, some movements you could do without all together – but in the end, you’ll probably have an appreciation for the work.  Similarly, I think you’d do well to go and see the film with your “museum visit” hat on as opposed to “popcorn-eating-movieogoing” hat.

I don’t think I’ve ever prefaced a film more – my apologies!  I really enjoyed this film, but I do think it’s important to have a little context before going to see it.  Luckily perhaps, I was in the mood for an art house, almost film school, type of movie when I saw it.  I like movies of all kinds as you’ve probably guessed by now: Tree of Life is a demonstration of how much a film maker can do with moving pictures and musical score applied to them.  There is the backdrop of a narrative, concerning three boys growing up in a 1950s Texas town: but let me be clear that this is a minimal part of this film’s theme.  But, the strength to this movie was its astounding, National Geographic-esque cinematography and extensive use of majestic music.

They say that theater is the actor’s art and movies belong to the director’s: Tree of Life most certainly supports that point.  Terrence Malick, genius that he is (literally – a Rhodes scholar, Harvard grad, taught for 20 years in Paris, lives now in Austin TX), spent years and years on this film.  The scenes with Brad Pitt were finished three years ago.  Rumor has it he rented out the entire street in which the scenes from the 1950s were shot and just rolled the film.  There are five – count them, FIVE – editors credited.  What results is a two hour and twenty minute “film experience”, much like Lawrence of Arabia, 2001, Seven Samurai – or Koyaanisqatsi (how’s that for a film reference!).  In the end, you’ll like Tree of Life or detest it – much like the rumored audience members at its first screening in Cannes – but it’s well worth the watch.

Note of Clarification: Spoiler alert, I guess?  I put “stars” above because the narrative to this film is loose to the point that it’s simply a reflection.  This film might have alternatively been titled “Memories and Moments” because there is no conclusion or grand arc to the narrative.

Final Note: On a completely separate and recommendation kind of note, if you’re in the mood for a film that pushes the boundaries using merely sound and images and have less than 90 minutes to kill, give Koyaanisqatsi a chance: FYI, that is a Hopi word for “life out of balance”.