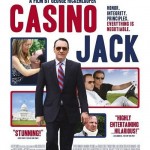 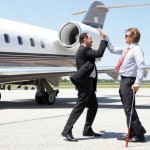 If you like films that “take you into a world”, then Casino Jack will almost certainly be for you.  In this case, we are thrown into the ocean of political lobbies from the very first scene.  There is no confusion that Jack Abramoff, the anti-hero of this story, is a go-getter based on his opening monologue to himself in the bathroom as he brushes his teeth: the scene really sets the tone of the movie.  I have to caution you, though, that this is a cringe-worthy story about how lobbyists – in a way – rule the United States political system.  Despite its playful musical score, sharp editing, multiple storylines and engrossing acting, this movie has serious subject matter at its core.  What I mean by that is I myself laugh at the news when I’m done reading it: after watching Casino Jack, I wanted to cry.

Kevin Spacey stars as Jack Abramoff, a master Washington D.C. lobbyist who is able to bend the wills of congressmen, senators and perhaps even the President: their barter is most simple, really.  He gets them “support” for their re-election campaigns and pet projects – not to mention the occasional deluxe trip to the Marshall Islands or St. Andrews – and they vote in the direction his clients’ need to make them lots and lots and lots of money.  Hickenlooper’s quickly paced direction from scene to scene and character to character give us an “inside look”, which is always very exciting.

For me, the fascinating thing about Abramoff’s character is his automatic and supreme assumption that he knows what’s best to do with the money he collects from his clients.  Actually, I’ll revise that: he knows what’s best to do, period.  In any circumstance.  For any group of people!  As played by Kevin Spacey, Abramoff is so assumptive that what he is doing with the money – opening restaurants (that’s right, “restaurants” plural), charitable foundations and a Jewish school – all justify his means of getting the money.  Whenever he’s confronted by the “voice of reason” in the form of his wife, colleagues, friends or bosses, his first response is, “Do you have any idea how much I’ve DONE for those people?”

I have a couple of noteworthy items not exactly included in the viewing of the movie: however, that might indicate that I’ve seen a great film, that I was interested enough to look up facts and reviews of it the next day!  Anyhow, I was shocked to see some of the reviews for this movie.  Casino Jack collected numerous reviews totaling a 35% Rotten Tomatoes score, which is just awful.  Some of the ridiculous comments in the reviews make me wonder if some lobbyists reached out to the reviewers and said, “Really, who cares about this story?  I mean, how old is the Abramoff story by now?”  Because really, the story is about the whole system as a whole and not this one guy that took it way overboard.  Just because Abramaoff’s the bad guy everyone can point to, doesn’t mean it’s all over and corrected!

The other noteworthy item I had is from one of Abramoff’s brief online bios that his Dad was president of a credit card company called Diner’s Club.  Ever heard of it?  Jack went to Beverly Hills High School growing up.  No doubt the kids there knew who his Dad and what he did for a living.  Regardless, it occurred to me: it’s quite possible that no one ever told Jack he was WRONG – about ANYTHING – from the time Jack was a wee lad up until the Senate hearing that led to his ultimate incarceration.  I mean, how can a guy who works for several respected lobbying firms, lives in an abode just short of a mansion, has a beautiful wife and five cute-as-a-button kids, travels extensively, leads a Republican prayer group and wears delightful baseball caps really be wrong?  Well, I think this story shows he can be very wrong indeed.

Final Note: I couldn’t believe the parallels between this film and The Informant!  (see my review of that film as well).  Just like I commented with Soderbergh’s movie, Casino Jack is scored with very playful, light music throughout.  As if the story was a fictional, political satire, when in fact, it covers one of the biggest frauds in our nation’s history!  Maybe it’s just me, but perhaps this subject matter concerning lying, cheating, fraud and crime – all committed by the law makers of this country – could have used a more sober score?  Would love to hear your comments on this issue!

Final Note – This Time I Mean It: apparently, a documentary came out on ol’ Abramoff last year as well, which I’m moving to the top of the Netflix cue – stay tuned!