Despite stuffing a square peg in a round hole, a fun suspense picture results! 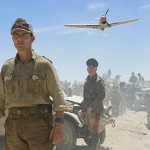 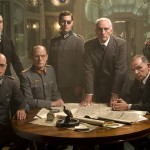 As I’ve mentioned with other entries to this blog, a big part of watching a film is your expectation going into it.  I missed Valkyrie in the theaters.  While I had seen previews and heard my pals’ general opinion of the film, I wasn’t overwhelmingly excited to see it… it was just one of those I finally got around to last night off of the ol’ Netflix cue.  I loaded it up (see Note 1) and settled in to watch.  About an hour into Valkyrie, I was as tense as some of the conspirators in the film!  I was damned interested in the story by the mid-way point.  Further, one of the best parts of the film was Cruise’s acting: I thought to myself, “Anyone who doesn’t think this gent can act should watch this, Collateral, Tropic Thunder and Jerry Maguire – they should NOT watch Vanilla Sky under any circumstances…”  That’s right: I thought all of that to myself.  But getting back to my point, I think I was enjoying it so much because I had no expectations.  I think you also get to a part of the film when you finally realize, hey, even if the “good guys” in this movie “lose”, they’re still bloody Germans in WWII!

Once I read some of the reviews and saw the box office collection this film pulled in, I realized that expectations for this latest Cruise-starring vehicle were somewhere in the stratosphere.  As a result, it was somewhat doomed from the get-go.  The film’s release date was pushed and then adjusted several times, which is always a telling sign.  The German people, who would be hosting the production as it was shot on location, were not particularly fond of Cruise’s affinity for scientology.  The production couldn’t get the rights to shoot at some of the authentic locations in some scenes, so the film started getting attacked for being “historically inaccurate”.  Tom Cruise jumped up and down on Oprah’s couch.  Then they firmly set the release date for Christmas Day 2008.  If you take all of these variables, stuff them in a blender and pour them out into a bowl, that bowl would yield exactly $83 Million worth of box office, which for a Tom-Cruise-starring-Bryan-Singer-directed movie, is apparently a gross disappointment.

In the end, is Valkyrie a good picture?  Yes, definitely!  It’s a phenomenally fun thriller/suspense, and further, it succeeds in letting the audience in on a great historical secret.  People love secrets, particularly when they’re let in on what the secret is, who’s involved, how it’s going to unfold, etc.  Was Valkyrie successful?  Depends on who you talk to.  Industry types would scoff and call it a turd because it came in under the $100 Million mark.  I think when you consider the subject matter (Nazis), the release date (Christmas) and the publicity challenges facing Cruise at the time (Couch jumping fall out), this film did pretty damned well indeed.  At least now the title of this entry makes a little more sense?

I’m going to digress here with something that entered by pea-brain after I watched this movie: the initial meeting between Bryan Singer and his producers.  This meet must have included Singer uttering a log line -that was no doubt very difficult to swallow for his producers – followed by a rather interesting pitch.  Allow me to caveat the following by saying I kinda got carried away with this…

Singer (pacing and jumping about the room throughout the scene): Guys listen – I’ve been doing some research, and it turns out that not all Germans in World War II were bad!
Producer 1: Ah, yeah, hmm… I’m probably gonna need to hear a little more, Bryan.
Producer 2: Make that two of us….  That seems contrary to a lot of people’s opinions and –
Singer: Of course!  No, but see, there was this German Colonel during WWII – Colonel Claus von Stauffenberg – and he really, really didn’t like Hitler.
Producer 1: Uh huh.
Producer 2: That doesn’t seem particularly odd to me…
Singer: Yeah! So, he decided to do something about it – almost like an American would.  He got in touch with a bunch of other dissenters and organized an assassination of Hitler!  Can ya believe it?
[Long pause: crickets can be heard outside.]
Producer 2: Well, as I’m sure we’re probably all aware… Hitler didn’t actually die until later –
Singer: No, I get that – I do!  But the suspense, the thrilling suspense we could portray as this crippled German navigates through the assassination attempt –
Producer 1: Wait, he’s crippled?
Singer: Well… yeah!  He gets bombed to shit in the first scene – I’m gonna have some fun filming that, boy! – and he’s missing an eye… and some body parts!
Producer 2: I have to ask: who’d you have in mind for this picture?
Singer: You haven’t guessed?  Tom Fucking Cruise, of course!  Met him at the Mission: Impossible premiere, and we been trying to do something ever since!(pause)  You look surprised…
Producer 2 (leans back in couch, rubs temple): Let me see if I’ve got this straight…  (looks at Producer 2) Actually, you wanna take a stab here?
Producer 1: If I’ve heard correctly so far – and it’s possible I haven’t – we’re going to cast one of the biggest names in Hollywood as a Nazi –
Singer: No, but see, he’s a GOOD German…
Producer 1: right, Bryan, a good German with only one eye and a few appendages left who tries to get a bunch of other Nazis –
Singer: Other good Germans – work with me here, now!
Producer 1: I stand corrected – and this group of good Germans is going to try and whack Hitler.
Producer 2: Yeah, I dunno…
Singer: And here’s the kicker: we release it… are you ready?  We release it on Christmas!
Producer 1: Oh… my… goodness.  Brilliant!
Producer 2: You’re so right –  it’ll totally work!!
All 3 at once: Let’s do this thing!!!

Note 1: When I was growing up, after dinners on Friday and Saturday, we would all break.  Mom would start with the dishes, Drew and I would help or do something to help with our dog.  And Dad would go downstairs to “set up the VCR”.  It took us years to think about that before we finally challenged him with what exactly that meant.  What was he doing down there???  I mean, how long does it take to “set up” the bloody VCR?  Put the tape in.  Sit down.  The end!