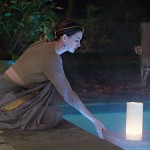 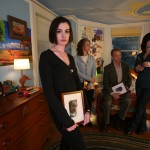 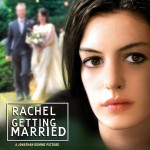 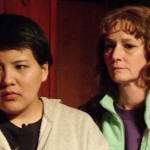 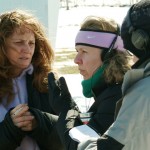 I tend to be more conservative in my views towards criminals: in other words, if I’m reading a criminal related story in the news and the perpetrator has been convicted, I usually fall on the side of “let’s hope (s)he gets the maximum penalty”.  Now, why would I bore you with this personal opinion?  Because I think it’s important in understanding why I was so impressed with this little independent film I saw over the weekend called Frozen River.  When a film entertains you while you’re watching it, you’re able to discuss it at length with your friends after you see it, and you probably even think about it the next day, I consider that to be a great movie.  But there are movies – like this one – that actually challenge my thoughts.  These special, thought provoking films that I’m referring to essentially force me to see things from a different perspective.  Now, these movies truly deserve a special spot on the library shelf.

Frozen River opens with appropriate and efficient establishing shots.  There is snow and ice all over the road.  We find ourselves in a small town.  OK, we’re going to go into this little neighborhood over here while the credits keep rolling.  A lot of ramshackle houses, the kind you just pass by while you’re on your way somewhere… Boy it looks cold out there.  Now we’re moving in on this woman in her mid-40s, smoking a cigarette outside of what looks like a trailer home.  Aw, man, she’s crying!  I hate it when women cry…  This establishing sequence prepares you for the entire storyline, which I can sum up in one word – STRUGGLE.  The crying woman, Ray Eddy has two boys and her husband has just disappeared (again) with the money she was to use to buy a “double wide home” – which is being delivered on a huge “wide load” truck today!  So, about fifteen minutes into the film, Courtney Hunt (the director) and her film production has convinced me that my “problems” are pretty much containable in the palm of my hand, while Ray Eddy’s problems are containable maybe in a bed sheet: to solve them she will have to STRUGGLE.  Incidentally, Ray is played by character actress Melissa Leo, a role for which she was most appropriately nominated for an Oscar.

A bizarre set of circumstances introduce us to the second major player in this film, Lila Littlewolf (Misty Upham), a direct descendant of the Mohawk Tribe.  Lila lives in an equally small and cold-looking dwelling.  It seems when Ray’s husband ran off, he left behind the family car, a Dodge Spirit (trust me, the make and model of the car become important).  Because the car was abandoned – and Lila has no transportation as she walks to and from the Bingo operation on the Mohawk Reservation where she works – Lila took the car!  When Ray finds this out and confronts Lila, Lila takes her on a little illegal smuggling run – across the frozen river from upstate New York to Canada.

And so, the opportunity presents itself for Ray to smuggle illegal aliens with Lila.  They escort these illegals from Canada to the Mohawk Reservation in New York where Customs and other U.S. law enforcement can’t go.  There is thousands upon thousands of dollars to be made.  Let’s remember a few things here.  Ray’s snotty little boss at work won’t allow her to increase her hours from part time to full time.  The rent-a-center is coming to take the television away.  Ray has one more chance to buy the double wide home from the pissed off salesman.  Christmas is coming and her youngest desperately wants that Hot Wheels set.  The husband is still nowhere to be found.  At a certain point in the film, I had to ask myself, “Burke, what would you have her do???”  I mean, would I consider this woman a criminal?  Absolutely not.  Does she deserve to be busted?  If I didn’t know her, I’d say “Hell yes!”  But once I got to know Ray Eddy, I was ready to take up night classes in law so I could eventually defend her…  The movie even entails a side story with Ray’s son also turning to petty crime, which only bolstered the theme of the film that not all criminals are what they seem.  In closing, just in case there was any confusion, I highly recommend you see this film.

Note 1: I could not, and can not believe that this is Ms. Courtney Hunt’s first film.  Ever.  She thought it up, made a short, shopped it around and got the funding for the full length feature.  Took it to Sundance in 2008.  There, she won the Grand Jury prize.  And she has yet to do anything since this film.  My head is getting sore from the scratching.

Four Words for Anyone Speaking at a Wedding: It’s Not About You!

In the first three minutes of Rachel Getting Married, we get some important facts: Anne Hathaway is playing Kym, the youngest daughter of the family.  She’s waiting on her Dad to pick her up from the rehab clinic where she’s currently living.  Her Dad is a hot mess because his oldest daughter, Rachel (oh, I see what they did with the title! OK…) is getting married this weekend.  And all of this is shown from a hand held, basic digital camera, the kind I own.   After three minutes, was I glad I hadn’t seen this title in theaters?  Oh, yes.  Whether it’s this title, Cloverfield or films like The Blair Witch Project or A Scanner Darkly that contain an overwhelming amount of hand held camera movement to add to the authenticity and documentary feel to the story, I’m always glad to see them on the smaller screen.

But back to the movie – the story, as you no doubt have guessed, covers Rachel’s wedding weekend, complete with all the drama of the family’s past that comes up as it tends to when folks see family members that they don’t typically see anymore.  I think this is why holiday films and stories concerning weddings and funerals automatically come with a fun bit of drama attached to them (this is not meant to be an earth shattering comment).  As far as Rachel Getting Married is concerned, I’m not sure I’m recommending it.  I truly enjoyed some scenes of the film.  While I was entertained by it, I wouldn’t begrudge anyone from fast forwarding through some of the celebratory post-wedding footage: I felt like Demme was getting a little carried away?

Now, as for the reason I entitled this entry”…It’s Not About You”: I know many of those who read this blog won’t see the titles I cover.  Regardless, I can bring the film’s theme to you, and that is a wedding is about two people: the bride and groom!  So please, for the love of God, do not use the opportunity – and privilege, mind you – of presenting a toast at a rehearsal dinner to advise the guests as to YOUR STORY.  In fact, no one cares about your story this weekend: they care about the bride and groom and how they influenced your life.  And maybe how you influenced theirs – but tread lightly, dammit!

And another thing… (NOTE): The soundtrack of the film is loaded – and I mean LOAD-ED – with music from this little band that walks around the wedding locale and practices in and around the bloody house where Rachel gets married… sometimes their stuff is really great!  Other times it’s downright distracting and I wanted to tackle them…  I am watching the last scene of the movie though, and here comes this phenomenal score with a violin, mandolin (I think) – just a great instrumental piece!  Is it available on the soundtrack?  No!  So, two questions: first, why would they wish to include the best piece of music in the whole damned film at the very end?  Second, why isn’t it made available?  I could find no suitable answers to these questions on that newfangled invention, the “intranets”.

And yet another thing… (NOTE): In relation to my point about the mistake of making wedding & rehearsal dinner speeches about YOU instead of the bride and groom, Richard Jeni, the late-great comic, had a phenomenal schtick about the Super Bowl referee.  Jeni described how he’s glad he will never be presented with the opportunity to officiate that game since he would probably have taken the first chance to make a call and done something like this with it – “So, folks, there was actually some holding on the previous play and I’m going to get to that, but first, let’s talk about me for a moment…(lies down on the field) I have this brother-in-law, you see, and he’s just a waste of space…”

Final NOTE: the editor of Rachel Getting Married also edited Robert Altman’s classic Gosford Park.  If you know that film, you’re aware of the myriad of characters involved in it – and this film definitely works on that plane with everyone really taking part in the whole production.