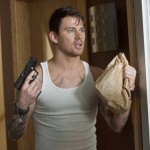 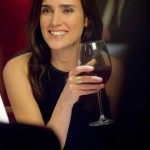 So, the only reason I moved this title into my Netflix cue at all was on the high and repeated recommendations of a gent whose movie opinion is usually rather valid.  Usually.  I can understand why he wanted me to see it based on the first scene and how it relates to a project I’m working.  But man, B.D… this could have been covered in a quick chat, right?  I will get you for this recommendation.  I will!

Do not see this picture.  See Apollo 13 again.  Go get Ransom, or Frost/Nixon or that great biography movie you never saw starring Russell Crowe, Cinderella Man.  Or Backdraft, why don’t you???  Ron Howard is an exceptional director, I don’t think that can be argued.  But whatever you do, don’t waste your time with this alleged romantic comedy.

Romantic comedy.  Those two words have never been more misused in describing a title.  I felt the same way watching this as I did The Kids Are All Right – as in, the advertising for this film completely lied to me.  Every single bit of comedy is included in the trailer and TV spots.  Instead of a sirloin of comedy peppered with drama, I got a burnt little fatty burger of serious, ugly subject matter (infidelity, lying, adultery), lightly covered in stale seasoning with Vince Vaughn being Vince Vaughn.  Vince Vaughn’s character name in this film could of and should have been simply Vince Vaughn.

I can’t ruin this one scene for you, since A) you’ll trust this entry and never see The Dilemma and B) it’s already covered in the trailer!  The scene consists of Vaughn giving a toast at his girlfriend’s parents’ 40th wedding anniversary.  Is your stomach already turning over?  It should be.  I wouldn’t want Vince in the same STATE as me on any special day.  Regardless, he goes on and on and on some more and then even a little more and on even more… I was fast forwarding through this scene and it took me several minutes to get through it!  What the hell was supposed to be funny about this?  And where was his so called “best friend” (played by Kevin James) not physically taking him out of the room?  And riddle me this: why oh why oh why would Jennifer CONNELLY (SEE PICTURE) ever go for a guy like this?

My apologies to all involved in the making of The Dilemma for the harsh criticism: I know how difficult it is to simply get a film made these days.  However…. I don’t think I’ve been this riled up since the Crystal Skull entry.