Several Films I’ve Recently Seen – All Worth a Watch 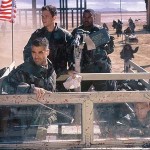 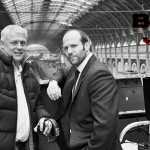 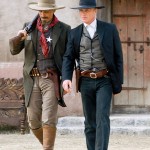 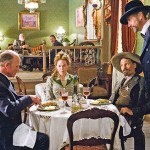 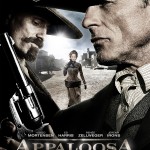 I would expect most film critics and academics probably agree that the Western genre’s “rules” were created back in the early days of film up through the 1950s.  With that in mind, I have to say that Ed Harris’ Appaloosa does something I’ve never seen done before within the genre.  This story makes a female supporting character an interesting “question mark” right up until the end.  I’ve seen supporting characters and villains as a “question mark” repeatedly in Westerns – but really, how often is a lady in the story a true mystery?

Renee Zellweger’s character, Allison French, comes to town and she’s dressed well, she’s alone, she plays the piano.  Harris as the town sherriff asks if she’s a prostitute: Ms. French acts all embarrassed and blushes substantially when he puts the question to her, as if that’s out of the question.  Oh, the scandal, sir!  Throughout the movie, though, she hints at being just that, a “lady of the evening”.  But then, in the very next scene, she convinces you she might be innocent indeed, and “playing a part” in the previous scene!  It was a refreshing bit of bending the rules within the Western genre that fit the rest of the picture.

Harris as the veteran peace keeper who has been, well, keeping the peace across the wild west in whichever town needs him throughout his career, is perfectly supported by Mortensen’s sidekick character.  Their knowledge of each other is astounding when you consider how little these guys actually chat, despite having known each other for years.  I think another aspect of Appaloosa I particularly liked was the realism in the violence.  While the old showdown in the middle of the street is a traditional scene we’re all used to, I kind of liked the short, to the point, explosive violence captured in this title.  If you missed this one, I’d highly recommend adding it to the Netflix cue.

Do me a favor and do NOT watch the preview to this film: that is unless you detest films with intruiging true stories, plausible action, a fun cast and a director who knows what the hell he’s doing.  If you find these things deplorable, please stop reading this blog and seek out the preview to The Bank Job, which will give you all the things you need to know about it in a little over 2:10.  If you’re like me, though, and you love all these things, please give this movie a watch.

Several things surprised me about The Bank Job, first of which was Statham’s performance.  Having seen many of his action roles, I wasn’t expecting much, and I have to say he did rather well with the material.  The film also was unique in its approach to the caper genre: it seems to have stuck to the true story that this film is based on.  Also, the crew of thieves were not all experts in something or other: in fact, they were “ordinary people”, which made the story even more engaging to watch!  Finally, I found myself saying to myself towards the end, “I can’t believe how good this story is…”  Don’t mean to build it up too much, but I’ve thought about this title several times in the weeks since I’ve seen it.  And I bloody LOVE the poster to this film.

The credits to this film read like a who’s who of modern experts in their respective categories: the movie was shot by Newton Thomas Siegel, designed by Catherine Hardwicke, scored by Carter Burwell, not to mention the all star cast.  I mean, you know the actors I’ve mentioned above there, but I recognized cast members from Lost, other movies, Arrested Development… it’s a fun movie to watch if only for the talented ensemble.

I’d recommend this movie regardless because Three Kings takes the action-adventure genre and actually presents the violence in a mature manner.  I was mentioning in my entry on The Losers how the violence in today’s movies is awfully cartoonish, at times: in Three Kings, the violence comes with a penalty.  Bullets do actual damage to the human body, which is creatively shown in a way we don’t soon forget.  Best friends die.  And still the “quest” for the gold continues.  We’re basically tagging along with a group of guys who have decided that the risk is worth the reward.

The last thing I’ll say about Three Kings is that it leaves you with an intersting message, too.  I refuse to view this film as making a political statement regarding what we should or shouldn’t have done in the first Gulf War of 1991.  To me, this movie is about challenging the viewer to think next time they say, “I wish I won the lottery”, or “just one more pass on the craps, please!” or “sure I’ll hold your beer while I watch you _________.”  Is the money really worth it to you?  Are you willing to do it if it kills one of you or your friends?  If you knew some good would come out of your scheme, would that make it worthwhile – regardless of your reward?  These are some good questions, I think!

In the end, you just gotta see this movie for two things: first, the banter regarding the Infiniti convertible and two, the matching of the Chicago song, ‘If You Leave Me Now”, to a scene of ultra-super-duper-incredible action!

Chicago – If You Leave Me Now