My suggestions for Academy Award fans 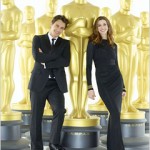 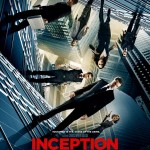 My suggestions for Academy Award fans -A Burke Commentary

I was reading these articles attached below from the L.A. Times and Entertainment Weekly regarding the ongoing rivalry between Harvey Weinstein and Scott Rudin.  If you take a moment to look up these two personalities on imdb, I think their filmographies will speak for themselves.  I bring this up because this year’s Oscar race has basically put The Social Network (Rudin’s production) vs. The King’s Speech (Weinstein’s film).  The two producers have been advertising and publicizing nonstop to get Academy decision makers to vote for THEIR film for “best in show”.

So where does that leave us, the mere audience member?  Does that mean the other nominations don’t matter at all?  If one of these two films is going to win everything anyway, why watch the broadcast?  In fact, why make it a point to see any of the other movies at all?  I have several comments, in no particular order, which I hope will reset your attitudes if you decide to watch the Oscars this Sunday at 8pm (EST), hosted by James Franco and Mrs. Burke Marksity, Anne Hathaway.  Wait, what?

First Rule of Thumb: There is no rhyme nor reason to who wins.
Do I really need any support on this Rule?  Think about it!  We have Shakespeare in Love beating out Saving Private Ryan for Best Picture.  Every year there is some surprise, some shock, some inexplicable winner.  It’s just the way the Academy Awards work.

Second Rule of Thumb: If there is a reason someone wins, it’s usually political.
From Kramer vs. Kramer all the way back to Gentleman’s Agreement, the Academy has taken this once-a-year opportunity to share its politics via TV.   The industry takes the full opportunity that this annual forum allows it to proclaim what it feels is right and wrong to the world.  At least that’s one way to look at it.  Another is…

Third Rule of Thumb: It’s just an award show!  Enjoy the fashion and the song & dance numbers – and go to bed!
In other words, dear Reader, don’t let a picture or actor/actress winning a particular category ruin your weekend.  It’s just an awards show.  Agree with yourself that, “Hey, I’m going to listen to the opening monologue from Hathaway and Franco, see what they know and then flip around.”  Or start the show on an hour delay and fast forward through the commercials.  The attitude of just enjoying the show and not making it bigger than it is should prove to be awfully healthy!  Too many of my pals insist on this event being the “temperature of Hollywood”.  What the hell does that even mean?

Final Suggestion: Get yourself a nominations list, make your personal picks – and write in a few if you like – and then just enjoy the show.  When one of your picks doesn’t win, simply SHRUG.

And now, I will explain to you why I think Inception is last year’s best picture.  I know many of you liked King’s Speech most, while others thought Social Network – and even Toy Story 3 – were best.  I haven’t heard too many say they thought The Kids Are All Right should be awarded Best Picture; but that’s my whole point I suppose, that the Oscars are a very subjective kind of show and award.

I think Inception deserves the Best Picture win because to me, movies are specifically all about telling stories visually.  If you haven’t seen Inception, please watch it: and even if you have, watch it again.  There is no conceivable way a book with Inception’s story would do that story justice.  Nor would a TV series.  Or a comic book.  Or a painting in a museum or a rousing radio show on NPR.  This story could ONLY be told as a feature film: it used visual elements (both photography and effects), sound design (editing, effects and the mix of the sound), the talents of the multi-cultural cast and all the other elements (production, editing, direction, musical score, etc) to make one fine, fine piece of entertainment.  I watched it last summer in the theater, and I’m not ashamed to say I saw it twice on DVD over the weekend: there were parts I had to rewind and watch again because they were that visually exciting to me (the hallway hotel battle, anyone?)

In the end, my point is that movies don’t exist to win awards: they exist to entertain us.  If you think you’ll be aggravated by “Hollywood’s Agenda” on Sunday, just skip the Oscars.  If you’re like me and you don’t mind watching and shrugging from time to time, I think we’re in for a hell of a good show this year!  Particularly with the future Mrs. hosting…

One Response to My suggestions for Academy Award fans