A new world for sure – but is it brave? 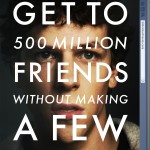 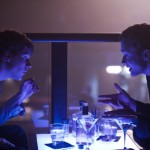 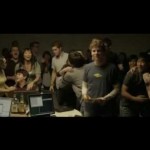 Let me say up front that I liked this movie and I think it’s deserving of many of the accolades it’s been receiving lately.  I have another entry totally dedicated to “Awards Season”, which will be coming soon, so I’ll leave any comments related to that elelment of The Social Network for that post.  Let’s dive right into what exactly this movie is about.  For me, it’s about the oldest of human desires: invention, followed by fame, fortune and esteem!  However… it is also about another very old human experience: friendship followed by betrayal, emotional pain and loneliness.  If great movies are simply old stories with a fresh slant, The Social Network is a superb presentation of the theme, “it’s lonely at the top.”

As told by Aaron Sorkin’s script, Mark Zuckerberg was having a great big beer with a girl he was seeing.  The conversation – lightning fast as it was – went south and she ended their chat with something to the effect of, “Mark, the sad thing for you is that you’ll always think people don’t like you because you’re a computer geek: the truth is, they don’t like you because you’re an asshole.”  One of many quotable lines from this script, I might add: the point is that promptly following this insult from the girl, Zuckerberg – again, as told in this film – went back to his dorm, plopped down in front of his laptop, started chewing a dart and drinking beer and proceeded to make “Facemash”, a quick and easy program that took almost all the girls and boys in the Harvard dorms and compared them side by side for the end user to decide who was hot and who wasn’t.  The girl who insulted him was one of the pictures included, and she was not pleased with some of the things folks said about her online.

Trivial, adolescent, immature, perverse of the Zuckerberg character to post personal things about the girl online – maybe.  But this “Facemash” program was so successful so quickly that it crashed the Harvard servers and their I.T. folks had to shut down the whole schebang (I’m using made up words because I don’t follow each step of this process myself).  Regardless, we already have the making of a brilliant film: an Act One that introduces us to the “world” of the film, a character we’re interested in (albeit, maybe a little concerned about) and a prequel of sorts to the bigger thing that we know is coming, The [mighty] Facebook.  The construct and dialogue of the script has impressed not only me, but most everyone in Hollywood.  Acts Two and Three essentially unfold between the “past” of how exactly Facebook came to be and the the resulting courtrooms and depositions stemming from some of the original founders suing each other.

I don’t know if you’ve ever seen Neil LaBute’s Your Friends & Neighbors or In the Company of Men, but I bring them up because they’re examples of films I would call “emotionally violent”.  The Social Network, in my opinion, is kind of emotionally violent, but not as severe as the LaBute films.  What I mean is that for me, it’s heartbreaking to see such great work as Facebook stem from a close relationship like the kind Zuckerberg had with his original CFO, Eduardo Saverin, only to see this friendship completely destroyed.  Maybe it’s just me, but former best friends now glaring at each other over a conference table during a deposition is awfully, awfully tragic.

There’s an entirely different element to this film that struck me right after I watched it: there are “good guys” and “bad guys” in Sorkin’s story, and they kept switching sides on me!  What I mean is, Zuckerberg is right to a certain extent that from a business practices standpoint, he saw an idea and ran with it.  But then he’s got the black hat on when we come to find from another perspective that he was served up a good portion of that idea from another “party” – I sound like a bloody lawyer!  In other words, Zuckerberg wanted to change the way people interact with each other digitally, which is GREAT.  The fact he stole ideas (in Sorkin’s version…) to do so is AWFUL: furthermore, he never really seemed to see what the big deal was concerning stealing ideas!

Let’s flip this coin for a moment to look into another example of the “good guys” and “bad guys” making a switcheroo: the “party” I was alluding to earlier is a couple of twins (who row crew at HAH-vahd) and a business associate of theirs.  They claim it was their idea for a “Facebook”, which would be exclusive to the Harvard crowd – anyone with a Harvard.edu email address.  While I agree with them, that it seems Zuckerberg took their idea, held them off long enough to get the programming done, then took the whole thing for his own, my question is how much is enough?  The end credits say they settled with Zuckerberg’s company for $65 million dollars – and that they rowed for the U.S. Olympic team in Beijing.  Again, their point is correct, but I hate that these guys are in the right.

In the end, there were parts of this film that intimidated me, that made me feel as if the world’s getting ahead of me.  That’s the mark of a great movie – it makes you think about it after you’ve seen it, and it makes you feel a certain way… I’m just still trying to decide if I liked how this one made me feel!

Random Note 1: And one more thing: to me, it DOES NOT MATTER how much of this movie is true!  We seem to live in an age when moviegoing audiences LOVE to pick a movie apart, using, “Oh well, hell, it wasn’t even TRUE!” as part of their arguement.  To hell with you “it wasn’t even true” naysayers!  Do you really wanna watch a TRUE story, or do you want to be entertained by a story based on a fascinating true story?  I feel like people forget that the writer is trying to cram a whole lot into a two hour period (at most).