A “Quick” Commentary on Previews 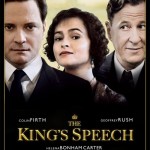 I often get into conversations with folks about movies as you can imagine: one of my “go to” questions is, “how frequently do [they] go to the theater to see a movie?”  I ask this because  I feel like we all catch a lot more movies at home, either bits and pieces of our favorites as they air on cable, a good one from the past we saw and TIVO’ed or new ones that we grab from Redbox or Netflix.  But, the industry has always preferred folks to go see their stuff in the theater.  “See it on the big screen,” they say!  “You simply CAN’T MISS miss this one – in fact, you should see it opening night!!”

I saw a fascinating documentary series on TCM in the last two months of 2010 that gave a great presentation of how the movies came to be: getting butts in seats – and the subsequent challenges with this goal – was an overarching theme of the seven part series.  The movie “moguls” who ran the studios were always under pressure to put bodies in the theaters, and they adapted with stories that reflected cultural phenomenon (like The Depression, two World Wars), new technologies to stay current against the advent of radio and later T.V., and most of all, giving the audience more of what they wanted: beautiful stars, epic stories and every gimmick from 3-D to Cinemascope to “talkies” back in the day…

My point with all of this background – and I promise, I do have a point – is that most folks decide whether or not they’re going to see a film based on the initial preview of the film.  That said, I don’t know about you, but one of the ways you can absolutely PREVENT me from buying your product is by lying to me.  When was the last time you went to a movie and left saying, “this wasn’t close to the movie I thought I was going to see!”  It seems to me that there are good previews, and there are those that do a good job of blurring the truth: so let’s have a look at an unfortunate “peek” at a movie in the trailer to The Kids Are All Right, and another one that I think does a good job of communicating just what the heck you as an audience member are buying with your $9.00 ticket in The King’s Speech:

The Kids Are All Right – Trailer (iTunes)

(If you’re struggling to see this trailer here, try Yahoo/Movies as well…)

Now, what would you expect in The Kids Are All Right after seeing this preview?  I thought I was getting into a fun little modern day rom-com (romantic comedy) with bits of family drama peppered in.  What I got when I stuffed this DVD into my player on Sunday night was a heavy little family drama peppered with comedy and basted, slathered, drowned with tears of sorrow.  There is a lot – I repeat, a LOT – of crying in this film.  There’s a lot of really awkward and face-scrunch worthy scenes.  And for me at least, there were a lot of characters I couldn’t give a damn about.

Now let’s have a peek at The King’s Speech (look for a separate entry focusing exclusively on this film very shortly).

I’m not sure about you, but this film’s preview seems very clear in its message.  There’s a problem: a very public, very royal figure literally cannot speak when he has to.  In fact, it’s awkward for everyone when he does speak!  There is a potential solution: a voice therapist with most unusual methods – and a commoner for the love of God – is available to help the King learn to speak, if only the King will trust him.  But there’s an even bigger problem: Hitler is coming to get them all!  Now the King REALLY needs to learn to speak and speak for an entire nation!!  I don’t know about you, but everything from the storyline to the costumes to the sets to the actors involved engaged me in this preview.  I knew I had to see this movie immediately after watching the preview.  But here’s the thing… I would respect anyone who said, “Not for me” after seeing this trailer too!  It’s not their type of picture, this historical story, costume-drama-period-piece type of thing… and that’s fine – but at least the preview communicated itself properly to all.

I would love anyone’s feedback on this subject, both the “great” trailers you’ve seen and the ones that lied to ya!

One Response to A “Quick” Commentary on Previews