A study of Robin Hood: what movie were you expecting? 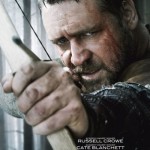 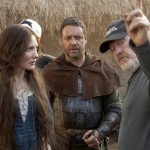 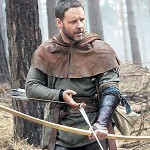 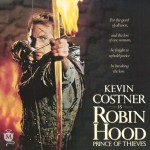 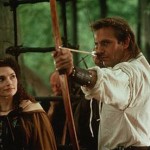 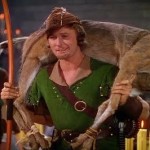 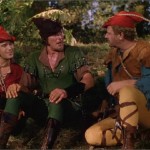 Got two words for you – so, what?  To all variations of commentary and opinions and reviews of the flavor described above, I say baloney.  As the title of this entry asks, “what movie did you THINK you were going to see?”  It isn’t as if you bought your ticket to Robin Hood and then the cinema usher, snickering and holding his hand over his mouth as he showed you to your seat, left you in the theater for Sex & the City 2, is it?  I shouldn’t “expect so much”?  Well, I wasn’t exactly expecting Lawrence of Arabia to begin with, Ace.  The movie’s “long”, is it, eh?  You’re too rushed to look at the run-time of the bloody film before you buy your ticket, is that the story you’re selling me?  What’s the matter, you can’t sit still for more than 90 minutes anymore?  Scott and Crowe are “boring” to you?  Then why did you go see the damned movie?!?!  What’s your problem, Chief?  The story’s been done before?  Well I fold my arms at YOU, how ‘bout that???

Now that I’ve gotten that out of my system, let’s stop talking about the film snobs’ opinion and focus up here, shall we?  I think one of the things that makes the Robin Hood story so cool is that it’s not exactly accurate.  I was reading some of his history and there are conflicting portions to the legend, differing interpretations, inaccurate time lines… In short, it’s one of those legends that lends itself to a director’s interpretation and vision for the character.  What do we really know about this guy?  He robs from the rich and gives the loot to the poor: so far, I’m in.  He’s a jolly fellow with a whole “band of merry outlaws” and they all live in a kind of secret camp in the woods: tell me more, good sir! How about the fact he’s an expert archer and swordsman?  So far, I’ve got no complaints with this guy!  Oh, one more thing – he gets the girl!  How much for the ticket, again?

So, in the 1930s, we had grinning Errol Flynn running around a movie set in Hollywood clad in the iconic green tights.  So be it!  In that era, movies were all about having a good time and smooching the princess and “ha ha!” fencing with the evil Sheriff.  And it worked for that era, I thought.  In the ‘90s, we had Kevin Costner and his unlikely Moorish sidekick played by Morgan Freeman kicking the hell out of the Sheriff’s bad guys in a dirtier, but more music-video-ish set.  The costumes and the action were a bit more authentic and grungy, but didn’t detract from Costner’s late ‘80s/early ‘90s weave reminiscent of Rod Stewart.  And this year, we got a Gladiator-meets-Robin Hood prequel to the legend starring that manly man Russell Crowe.  It contained an engaging story – which had not been told yet – and presented a different take on Hood and his merry band of outlaws.  The bad guy was there, it just wasn’t the bad guy we expected.  But again, I ask the film snobs, what exactly was the problem?!?

Was this latest Robin Hood without fault?  Absolutely not.  In fact, here’s two points of criticism against it, starting with the lull in the middle of the story.  I think this lull is indicative of the Robin Hood legend.  I mean, once we have met Robin and his merry band and we’ve introduced all the characters, they have to kind of drink and be merry, and the Sheriff has to brood and then Robin has to woo Marian a bit – all of this results in a lull!  And all three of the films had it, but the latest version had perhaps the most serious break in the action.  The biggest complaint I had about Scott’s version was the bloody advertising campaign: you cannot and should not have the evil king screaming, “I declare him to be an OUTLAW” in all the ads only to have that be revealed to the audience in the last thirty seconds of the film!  Come on, now!  Why didn’t they take the opportunity to communicate that this was a new, unique take on “ye olde legend” and go with the “Robin Hood as you’ve never seen him before” angle?  Mark Strong as the “new” villain Godfrey was great, the members in the merry band were indeed stronger, evoked more of a veteran feel in their fighting (they’d just finished with the third crusade, remember) and there was even a nod and wink to the historic Magna Carta – why not tell the audience how cool this “prequel” is instead of trying to convince them it’s the same legend?

NOTE: Thanks for bearing with me on this entry, because frankly, I had no idea how much aggravated energy I had to share with you on these films! As a thank you, and for your viewing pleasure, I submit to you the following clip from “ye olde YouTube”, which is yet another take on the legend from the Looney Toons.  I defy you NOT to laugh at it.