Should We Play Monopoly, Jenga, Scrabble – or Something More Intense? 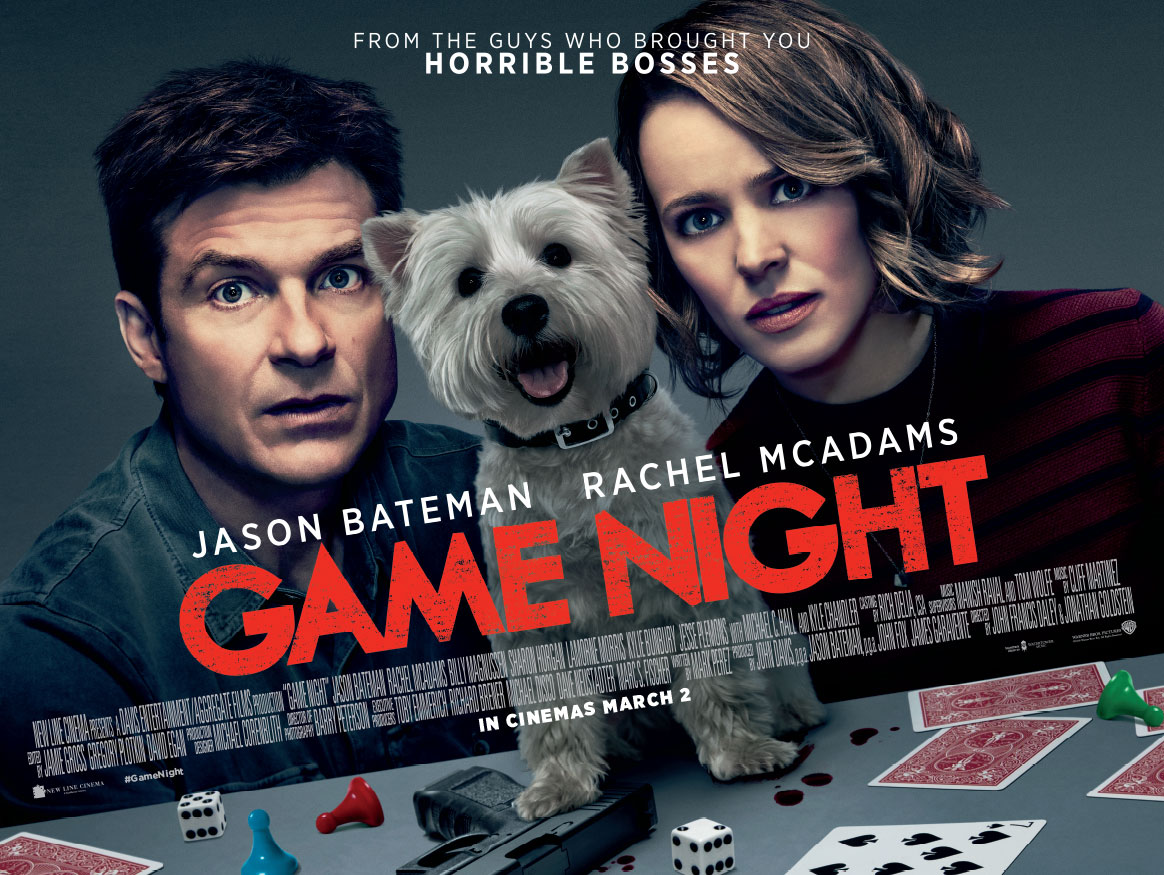 Let me ask you this – what was the last comedy you saw, in theaters, that made you laugh till you hurt?  If you responded Daddy’s Home 2, Father Figures or A Bad Mom’s Christmas, well, fair enough… but I haven’t gotten to those titles just yet.  I did see Baby Driver last summer (discussion here on ronhamprod forthcoming), and while that would definitely be classified an action-adventure if perhaps an action-comedy, I encourage you to try Game Night.   Particularly if films like Baby Driver, True Lies, Anchorman and The Hangover are your cup of tea, I think you’ll find Night well worth the trip to cinemas.  That’s right, I included The Hangover in the discussion for this new action-comedy.

So, that should give you an indication of how funny a Night it is.  As you’ll see from the trailer below, Jason Bateman stars as Max and Rachel McAdams is his wife, Annie.  They have great chemistry as that uber-competitive couple who has made “game night” part of their regular routine.  Part of the film’s strength is that the script from Mark Perez has a great grab – we all know a couple like Max and Annie, or we ARE that couple.  An early montage does an entertaining job of showing us how these two came to be husband and wife in expedited fashion, having met at a bar’s game night.  We also soon learn over a discussion with the couple’s fertility doctor concerning Max’s sperm count, that Max gets a lot of stress from competing not just in games, but particularly with his big brother, Brooks. 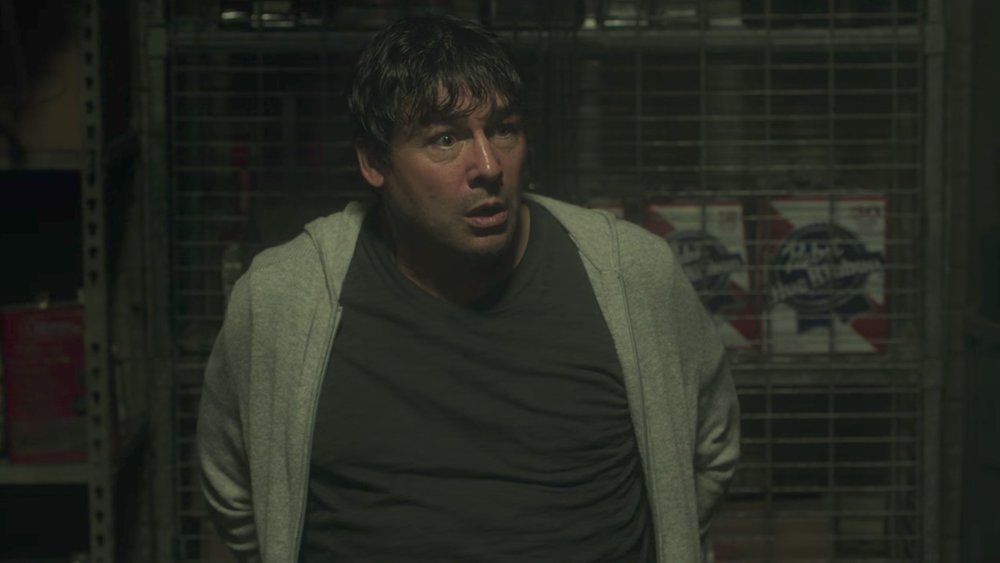 Kyle Chandler, who many viewers will no doubt remember as Coach Taylor from TV’s Friday Night Lights, co-stars as big brother Brooks in a very different role from the wholesome, mentor/father-figure Taylor.  Brooks has always got money, he’s always got another trip planned, he still picks on Max – and the sibling rivalry theme mixed into Night is part of its fun.  Also, Chandler isn’t the only Friday Night Lights alumni in the cast.  Jesse Plemmons, who co-starred on Lights as the lovable, n’er-do-well Landry, basically steals the show as Gary.  This guy is Max and Annie’s next door neighbor.  A law enforcement officer whose wife recently left him, Gary is eternally dressed for work – and apparently physically attached to his little white dog, seen in many of the film’s promotional materials.  Gary is awkward to the nth degree, without pushing the schtick to the point it’s not funny anymore.

As the trailer teases, the game night that Brooks plans goes in a lot of unexpected, action-packed and funny directions.  The beautiful thing about Game is that the trailer does not give it all away.  Doesn’t even come close!  Further, unlike a lot of comedies recently released, this one does not go too far overboard in any way.  It stays within the realm of physics and reality – and does not have the gross-out humor that some movies – Dirty Grandpa comes to mind, regrettably – have resorted to in Act Three, if not throughout.  Yes, there’s violence, but that’s definitely justified by Perez’s script,  and it’s handled well by directors Daley & Goldstein who worked on the Vacation remake and Horrible Bosses.  Incidentally, Daley has a cameo as the trivia emcee early in the film – and you might remember him from another TV show, Freaks & Geeks.

With all these references to comedies and action packed films, it’s a tribute to the producing team, who basically trusted these funny talents to do their thing – in front of and behind the camera.  Just like a good suspense novel, Night sets up several unique, intriguing characters, who we’re always excited to return to as this chapter ends and the next one starts.  In that respect, Game Night is like a funny, suspenseful page turner because of the other couples involved.  There’s Ryan and Sarah who are on their first date.  Ryan is part of the game night’s usual crew, and he’s always bringing a different date – but the smart Sarah is definitely his match.  Then there’s Kevin and Michelle, who have an awkward wrench thrown in their relationship concerning a possible hookup with a celebrity.  And, there’s the bad guys who shift and evolve along with the rest of the story right up to the end. 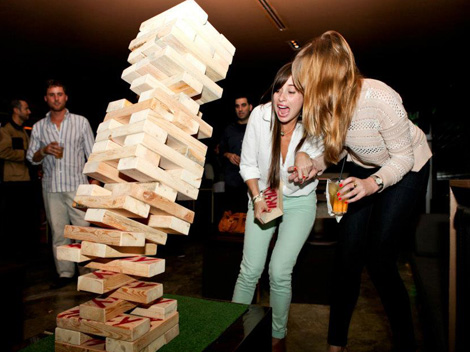 When considering my comparison to The Hangover and True Lies, I’m sure a lot of reviewers have to worry about over-delivering.  But, we here at ronhamprod have no such scruples.  I’m saying it loud and proud – go see Game Night.  Considering an Oscar season that features awfully deep, dramatic films, I think the Game is well placed.  And by the way, if you have that couple or friend that is a game fanatic, always dragging you to trivia night or scheduling the next competition at their place… it’s almost your obligation to take them.