I’m Not Letting You Throw Me Out of This Family

This film is one of the most celebrated independent films of last year, and having seen it, I can tell why.  First off, The Big Sick is legitimate “dram-edy” fare.  It has that independent quirkiness like Juno or last year’s Don’t Think Twice, but moments that really make you stop, too.  Second, it concerns a real comedian baring his soul, which is always a hit with critics and fans alike.  Finally, Sick deals with the modern discussion of letting old customs… evolve.  Perhaps this discussion is what sets the film apart, which is a credit to Nanjiani and the rest of the cast and crew.  Without this comic and his real life wife sharing their story, perhaps it would have been easy to dismiss.

You should recognize star Kumail Nanjiani as soon as he appears on screen.  The man has been on Portlandia, Silicon Valley, in the film Central Intelligence among many, many other recent projects.  From my viewing of his work, this is Nanjiani’s first foray into drama, which is always exciting to see.  See Tom Hanks, Adam Sandler and a host of other traditionally comedic actors who have dipped into drama.  In this case, and perhaps it’s because it’s Nanjiani’s own, personal tale, the role is well played and convincing in every essence – both the funny moments and the heart breaking ones.  His girlfriend is played by Zoe Kazan, and their chemistry is believable and fun to watch in Act One. 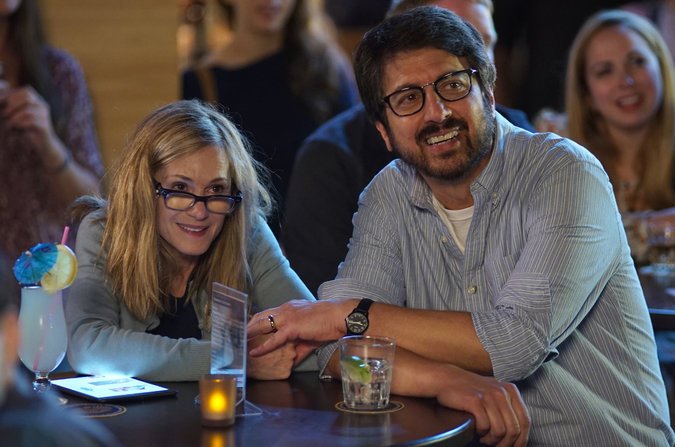 In Act Two, however, the story takes an unexpected turn.  Emily (Kazan) discovers Kumail’s cigar box full of Pakistani women, which his dear mother has been trying to set him up with using the family dinner as the meeting place.  Kumail thinks nothing of the cigar box because he didn’t ask his mother for these set ups, nor is she very subtle about them.  Played by Zenobia Shroff, Kumail’s mom was one of the more difficult characters for me watching Sick.  We’ll circle back to that sentiment in a while – the point is, their first major fight comes at a terrible time as Emily is sent to the hospital shortly after for symptoms that are really difficult to describe.  The long and short is, the hospital staff informs Kumail – and Emily’s Mom (Holly Hunter) and Dad (Ray Romano) that they are putting her in a coma as the best option.

This “what if” is part of why this little indy works so well!  I can only imagine sitting in that waiting room, sharing space with my girlfriend-ish’s parents – who I’ve never met, and who know what a bastard I am from their daughter.  From here, the film twists and navigates itself adeptly.  Frankly, I don’t want to ruin it for you.  There are great, laugh out loud moments, and others that really make you pause – and not simply because it’s the time in the script for a pause like so many other formulaic comedies of the day. 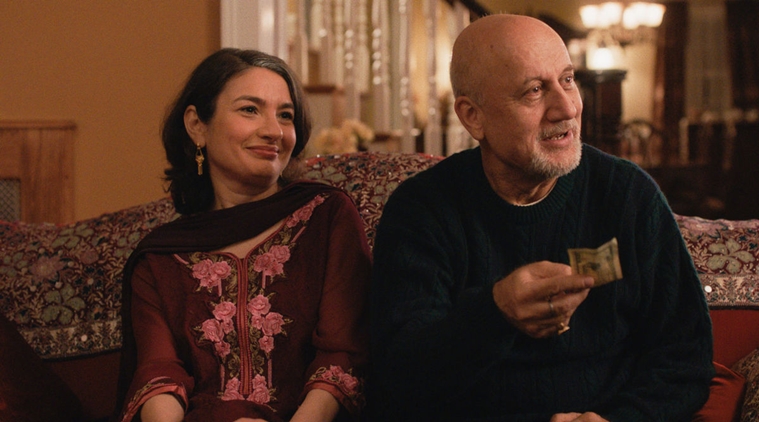 The reason I had difficulty with Kumail’s mom is the third reason Sick works – this dialogue about tradition and when to let certain ones go, and how to let others evolve.  I grew up in this country, I don’t have Pakistani roots, which makes it easy to understand how I can’t believe how a parent would simply prescribe the mate for their son or daughter.  But, the very title of this entry surrounds this point.  Do some parents ex-communicate their children because they don’t marry within their wishes?  Apparently so!  And I had a real difficulty putting myself in that kind of mindset.

In summary, please watch The Big Sick.  It’s a great, crowd-pleasing dram-edy, and it raises thought provoking and relevant social questions.  Perhaps a dialogue can start in your house after you watch it about some traditions that need adjustment.  At the end of the day, I hope we all can find ways to keep our family close and discuss both sides of whatever conflict there may be.  I mean, what a phenomenal theme for a film, eh?