It’s going to be a busy November this year

Good afternoon!  Just wanted to briefly post a couple of trailers that have me really excited.  The first is called Immortals, from Tarsem Singh.  This is the same director of that creepy thriller with Jennifer Lopez, The Cell and the visually amazing and thought provoking treat, The Fall, not to mention literally hundreds of music videos!  Have a peek here at his take on Titans, Gods, Mortals and the epic, ancient Greek battles: 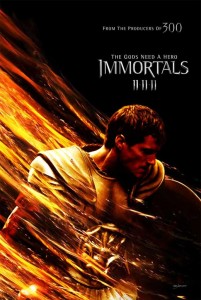 Immortals hits theaters on 11.11.2011 – neato!  And the very next week, I’ll be headed to the theater AGAIN to see the John LeCarre classic, Tinker Tailor Soldier Spy, starring none other than Gary Bloody Oldman as George Smiley!  You know who played master British espionage agent Smiley in the past?  None other than Alec Guiness!  This new version of the novel also stars Mark Strong, Tom Hardy and Colin Firth… Put that in your pipe and smoke it!

Mind you, Tinker is not a James Bond-esque type of story: in reading LeCarre’s novels, there is a realism that makes your hairs stand on end as you ask yourself, “It’s fiction, right?  Heh heh!  This… this isn’t TRUE, right?”  The film version looks to extend that feeling to the screen…

Enjoy these trailers – and have a swell 4th of July holiday!!