What a striking costume! I’ve had it for years… and years… 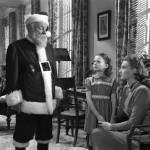 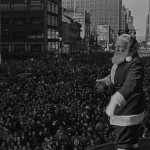 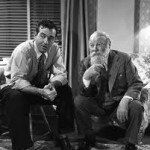 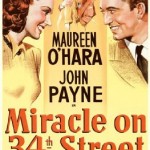 So, at the Marksity House, there are certain absolutes.  One of the absolutes is the manner in which Thanksgiving is celebrated.  For years and years we have begun the day with the Macy’s Thanksgiving Day Parade, albeit watching much of it on “mute” so as not to allow the exorbitant amount of commercials to dampen our good holiday cheer.  Actually, let me amend this so-called absolute to include only the Rockettes’ performance and the appearance of Santa Claus.  Regardless, we typically have a breakfast of the freshly baked Serbian bread Kolach with coffee (very black) and some assorted fruits and jams.  At the end of the parade, after we’ve seen Santa on that ridiculous Goose-sled they usually insist on using, we Marksity Men put on our outdoor clothes and get outside in the weather.  Sometimes it’s unseasonably warm, while other times it’s bitter cold, but regardless the temperature, we move and chop wood – and sometimes throw that pigskin around, if time allows.  While Brody the Bearded Collie jumps around us, we Marksity Men drag wood down from the side of our hill and proceed to chop it up with axes and chain saws (we even used a two man “analog” saw one year like the lumberjacks use).

Now, while we’re outside doing all this wood-chopping and hauling up to the deck, Mama Marksity is inside listening to the National Dog Show on T.V. while she talks to herself about recipe related items and puts the finishing touches on all the side dishes to the meal!  You see, the Bird (capitalization intended) is already baking and smelling up the whole joint and the pies are always completed on the Wednesday prior to Thanksgiving…  I kid you not, I once saw my Mom assemble a Pecan Pie (capitalization intended) and stuff it in the oven during a commercial break!  My point is that we Marksitys have our Thanksgiving traditions as I’m sure you have yours.  One of the “absolutes” outside those already mentioned, which we started years and years ago, was to conclude Thanksgiving Day with a viewing of the holiday classic, Miracle on 34th Street.

Why this movie, you ask?  Glad you did!  The film concerns the very belief in Santa Claus, for one.  The film’s first Act is almost entirely consumed by the Macy’s Thanksgiving Day Parade, for another.  The story and its assorted characters are, dare I say it, infectious.  The individual scenes are classic: think of the one in which Fred Gailey, the nice gent in the apartment across the hall, takes little seven year old Susan “My Mom buys my clothes here at Macy’s with 10% off” Walker to see Santa Claus.  Ol’ Santa finishes with the tot before Susan and then says to her, “What’s your name?”  She replies, “Susan Walker, what’s yours?”  Well, Santa looks at Gailey, and Gailey gives Kris Kringle the slightest, deadpan shrug ever – it’s hilarious!  I’ll stop while I’m ahead: hopefully I’ve whetted your appetite for this picture, despite the tardiness of my posting this year due to “technical difficulties” with this here blog-thing.  If you didn’t happen to watch Miracle on 34th Street last weekend, believe me, it is a most appropriate way to begin your holiday season.

Important Disclaimer: By the way, allow me to make this super-duper clear: this entire entry is most definitely specific to the 1947, black and white version of the film.  As far as I’m concerned, there are no other versions of this film in existence (with apologies to Richard Attenborough and all those involved in the so-called “re-makes”… hell, I think they’d agree with me!).