An Unnerving Demonstration of the Pavlov Experiment 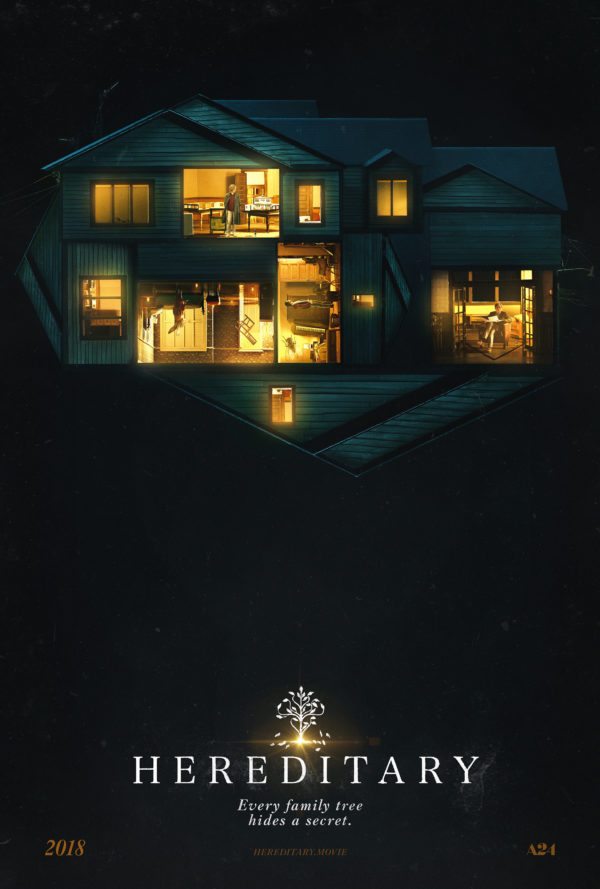 As horror movies go, Hereditary is a legitimate entry in the genre.  Anyone who knows this blog understands that horror is not my go-to genre.  I loved The Witch, I was blown away by the now classic The Exorcist, but I’m still drafting my entry for The Shining.  Regardless, the point is that for a guy who didn’t grow up watching movies in the wee hours with the lights out, trying to scare the hell out of myself and my pals – or catch a glimpse at some exploitative nudity – this movie felt like a worthwhile connector piece.  It reminded me a lot of last year’s thriller Split.  Just like that Shyamalan title, I can see how some who dislike horror films could easily like Hereditary more as a thriller.

Hereditary concerns a family that has just suffered the loss of their grandmother on the mom’s side.  Toni Collette plays the mom, Annie, and her odd and disjointed eulogy at the grandmother’s funeral is the first hint of an unnerving feeling.  During the same scene, the daughter of this family of four, Charlie, makes a clicking sound with her tongue.  It’s the first time we hear the sound, and that is a noteworthy element to this, director Ari Aster’s first film.  This clicking sound is what I’m referring to in this blog entry’s title – and when you see Hereditary, you’ll no doubt be able to identify the scene that made the entire theater jump.

Aside from the “click,” the men in the family, Gabriel Bryne as the dad and Alex Wolff as the eldest son, they’re important too.  But these two elements – a mom we’re not too sure about and a daughter who seems… disconnected – they’re both presented more in Hitchcock terms, less in the spirit of a Jason or Freddy Kreuger sort of set-up.  Which is why this Sundance darling worked for me.  Hereditary is more thought, less gore – and it’s a welcome departure from the popcorn, summer flicks that dominate screens right now. 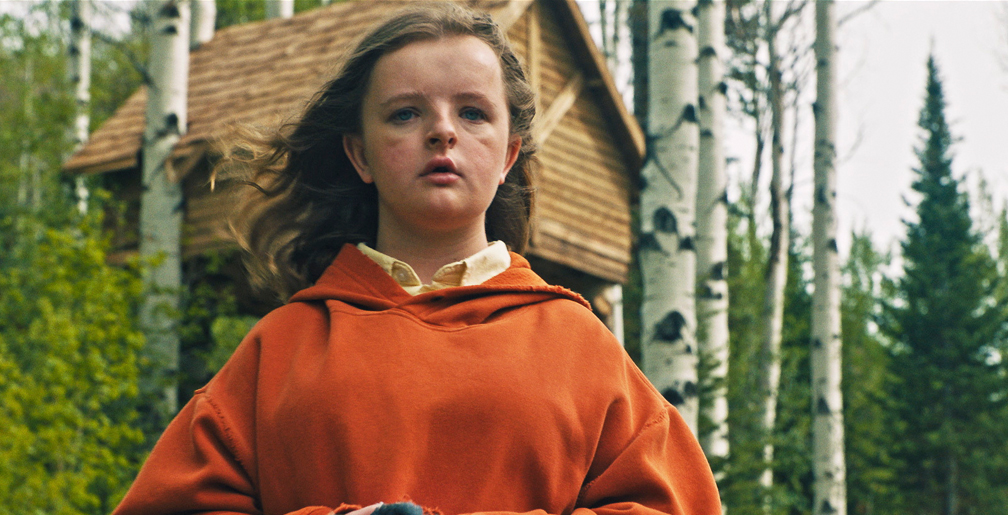 Another thing that really worked in the movie’s favor was the very location.  The family’s house looks like it’s situated in a forest, as if it’s the only house in sight or ear shot for miles.  Further, there’s a huge, well-built treehouse to the side, where Charlie likes to sometimes sleep.  Later in the film, the skylight of the treehouse gives off a creepy glow.  So, if we’re keeping count, so far the very characters and the primary location are established as most unsettling.  But Hereditary, as with every horror movie, has that certain something that makes it unique.  To clarify, I feel like the movie still plays within the horror film playbook, but each of the culturally significant scary movies have something that everyone associates with it. 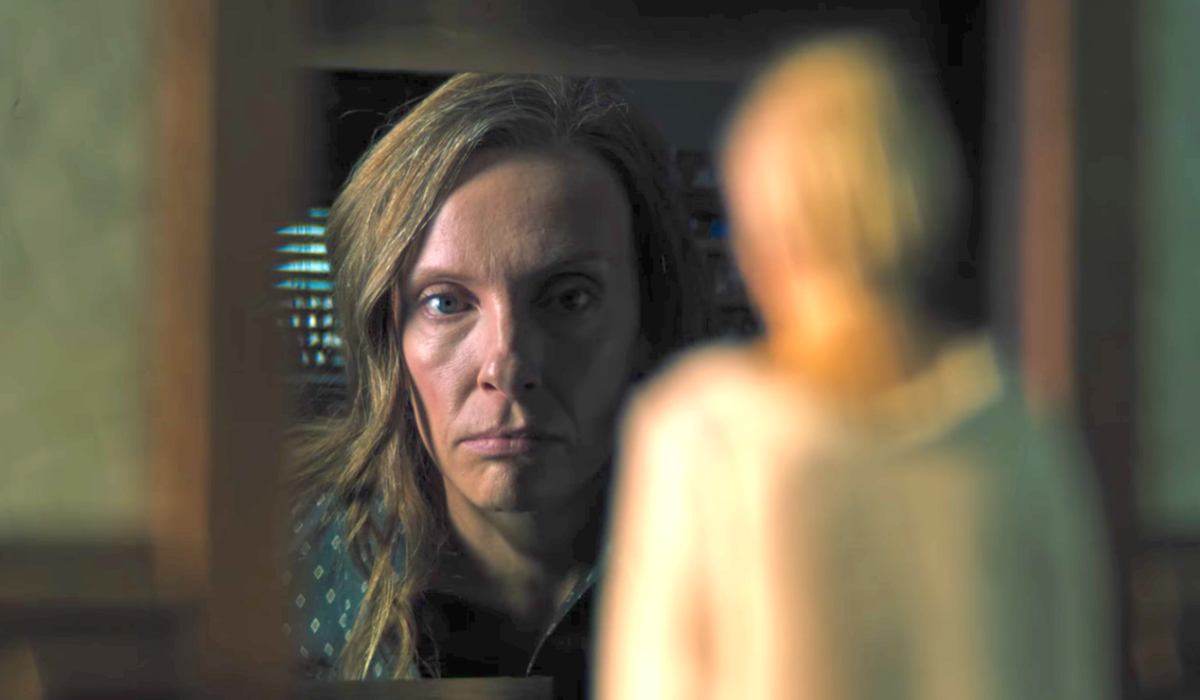 Some might accurately argue that that special something is the miniatures that Annie creates.  She has an entire studio, in which she makes tiny, very appropriately scaled dollhouses, people, scenes.  In fact, the entire house is littered with her efforts.  And, part of the great script includes “reminders” of how far we’re getting as the New York gallery, which has commissioned a sizable project from Annie, keeps calling and leaving messages for her progress at the most inopportune times.  Particularly the re-creation of grandma’s final days and, well, another scene that I won’t give away, these miniatures in the very creepy house really act to turn up the emotional discomfort.

But for me, the film’s sound design was the thing that resonated the most when I replayed the screening in my mind and made myself pinpoint what it was that made me clutch the armrests.  We’ve already talked about the “click,” which is really important.  And yes, perhaps it was the theater I saw it in (see note and picture below), maybe it was more intense than a typical screening.  Whatever the case, the strategic auditory rumbling underneath the visuals of these characters and their bizarrely designed home made for a truly terrifying evening.  As the suspense of the storyline developed, so did the sophistication and the intensity of the soundtrack and the sound effects.  From birds flying into windows to electronic beats that highlighted the visual of the house from the outside – an image which suddenly flipped from night to day like a light switch – the sound design deserves a lot of credit for why Hereditary works. 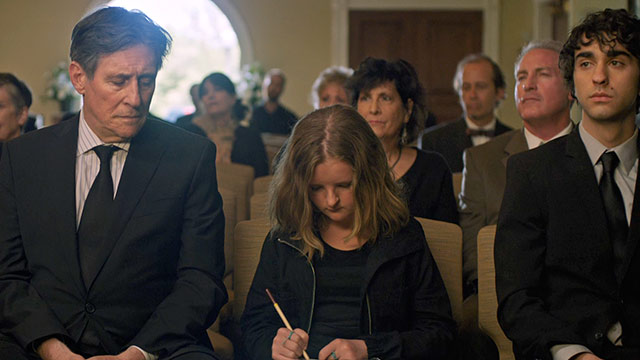 You can surely see by now, I’m skirting around the story and the substance of Hereditary – and for good reason.  If this was a B grade retread of the psycho killer, the family at the lonely lake, the supernatural home or some other horror formula, maybe I wouldn’t be so hesitant to give you more to chew on.  But, particularly if you haven’t seen previews or talked to anyone about this pic, go and see it.  Decide for yourself if the story, the characters, and the theme ultimately worked for you.

Finally, per the note above, I wanted to include these pics from the screening.  A friend of a friend invited us to see it at the Academy’s screening room, and what a great treat that was!  As you can see, Oscar himself hangs out all over the building – and we even got to see a few familiar faces…  If you have the opportunity to see a movie at the Academy, definitely take it!! 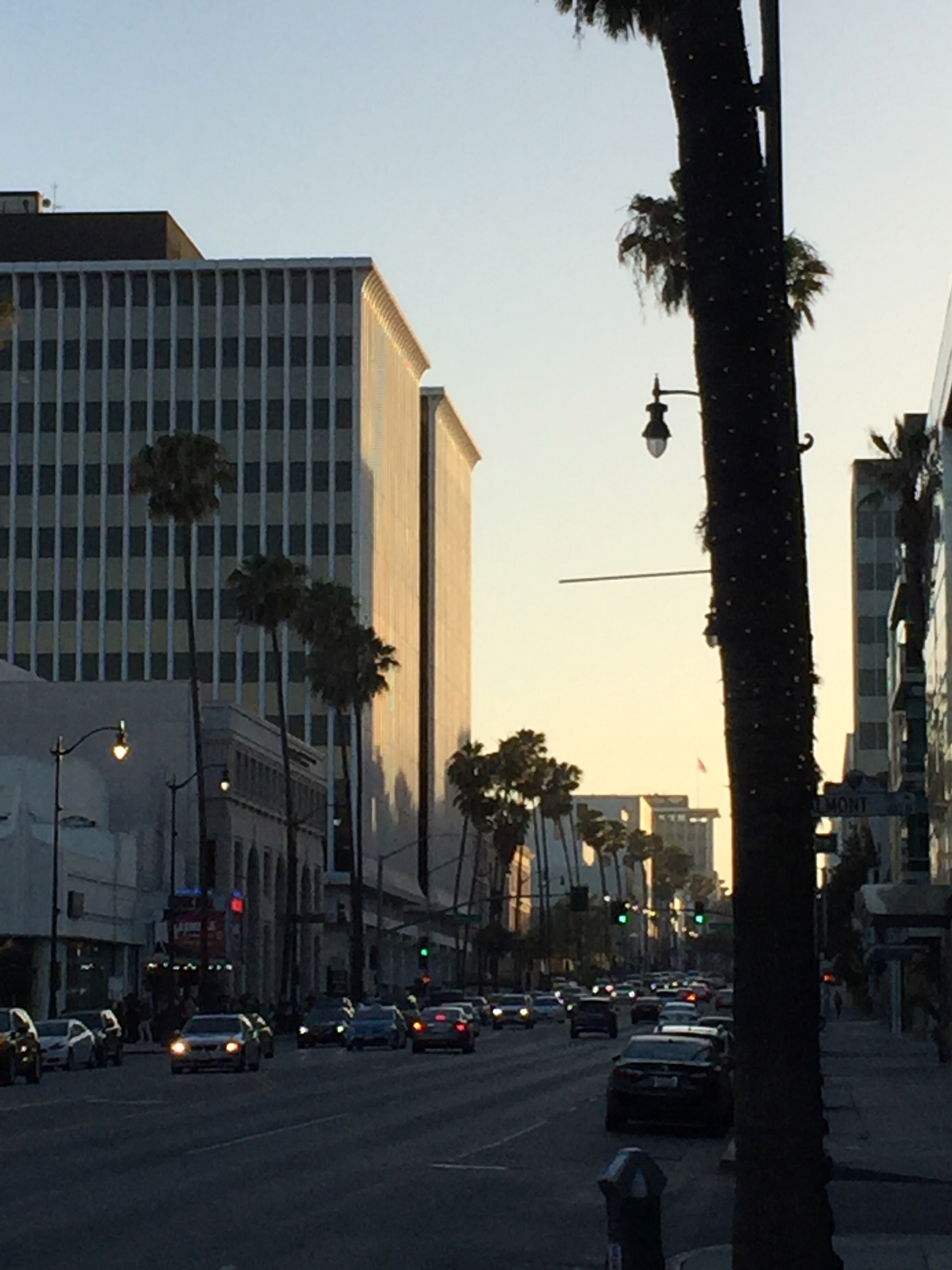 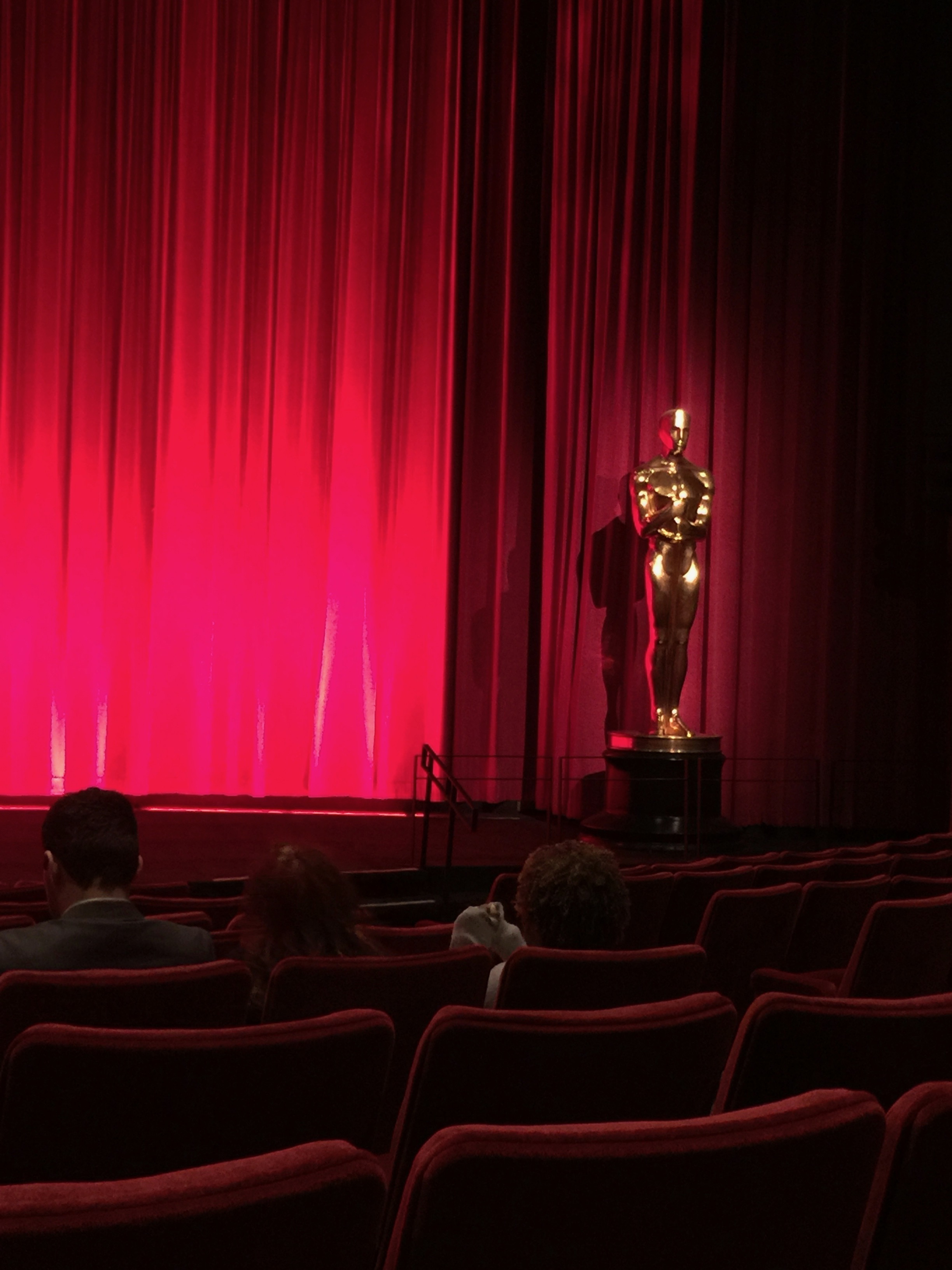 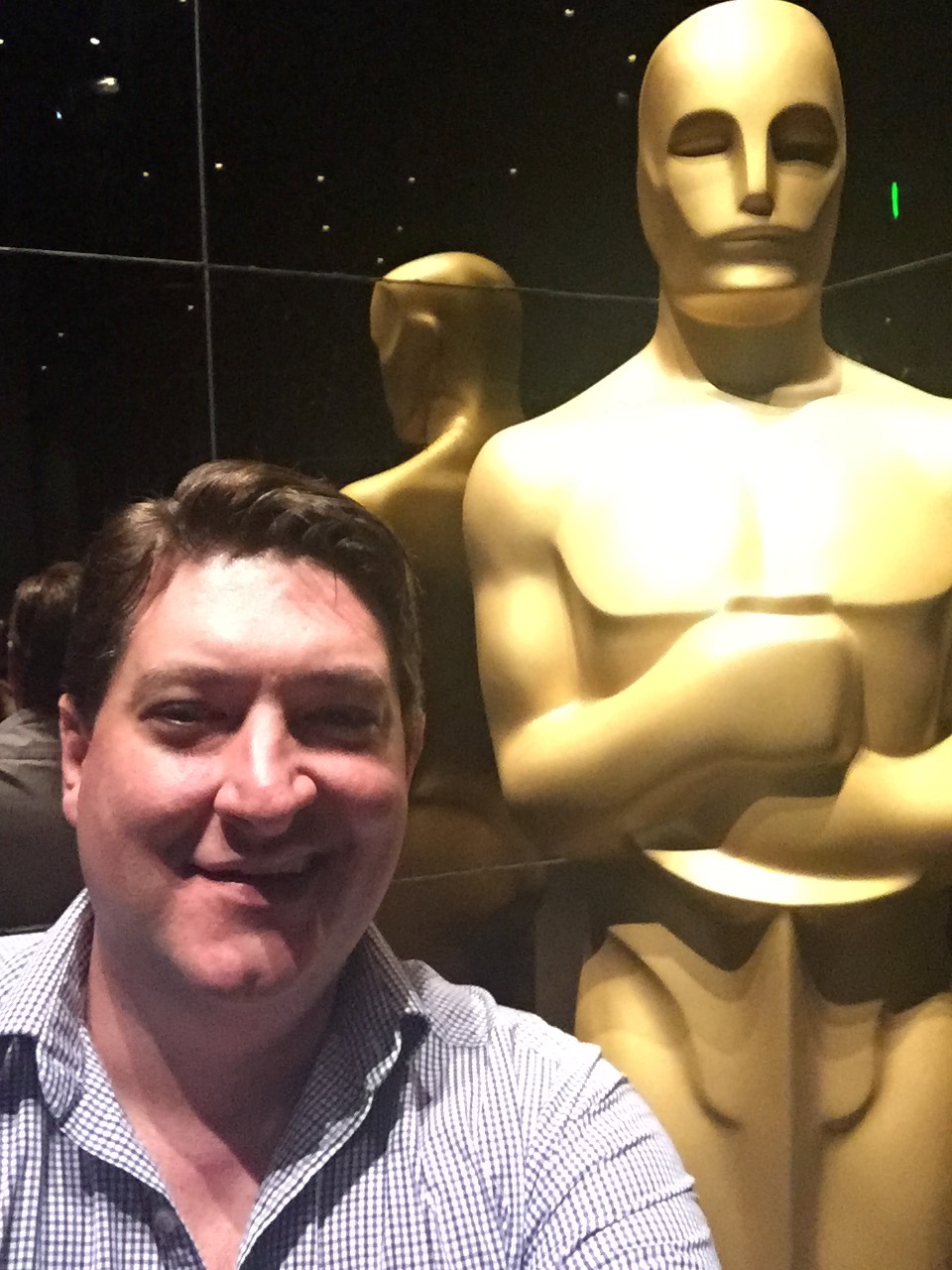 And, if you insist on seeing the trailer, here it is: