Vote for This One with More Than the Telecast in Mind

I went to see Deadpool in the theater the Monday after it opened last February.  I’m not sure if you remember, but, it was a phenomenon.  It exceeded all expectations for how much money a rated R, comic book – Marvel movie – could make in theaters.  Particularly on Valentine’s weekend!  What a shift in culture when Deadpool becomes the romantic choice for going to the movies with your sweetheart.  Incidentally, this shot below is of an outdoor sign I saw weeks in advance of the film’s debut – for those of you who’ve seen it, you understand why this is so hilarious. 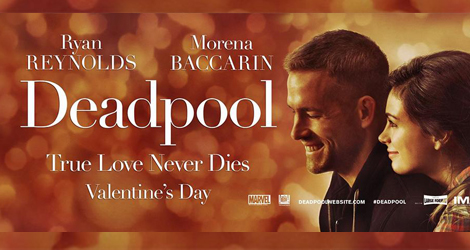 Anyhow, I remember coming into work that Monday and reading all of the coverage and doing our “post-game analysis” for Deadline and then looking at the boss and saying, “I gotta go see this thing tonight.”  Part of the reason it’s such a vivid memory is that I went to see it at one of my favorite theaters, the FOX theater in Westwood.  This place is OLD SCHOOL – capitalization earned.  It’s got a balcony.  Got pictures in the restroom of what Westwood used to look like in the 1920s.  I saw The Departed there opening night.  I saw 300 there.  So, I bought my ticket because I had to see what all the fuss was about – and I felt the fuss deserved the FOX theater.  There are those movies that achieve “cultural icon” status like Jurassic Park and Avatar and – well, we all have our own opinion.  My point is that after a weekend like Deadpool had hit that fever pitch.  And so, there could very well be a bit of nostalgia in this entry for one of last year’s “Top Films,” I admit that. 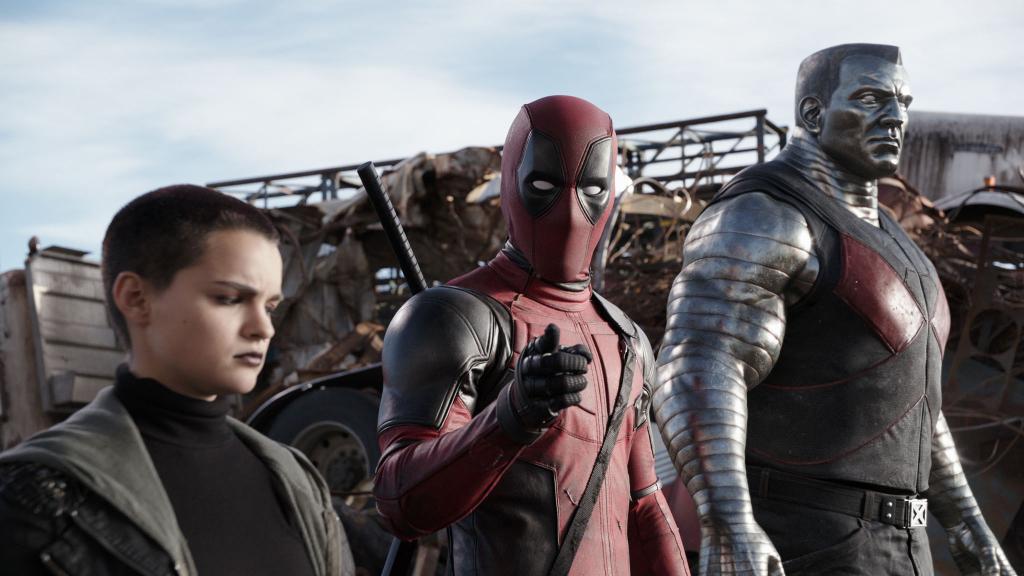 But for me, like so many moviegoers, the movie delivered!  Deadpool is funny first and action second.  Sure it’s a comic book movie.  Yes, it’s got legitimate action and the costume and all the rest.  But, it’s a parody of all of our complaints of the “Marvel Comic Universe,” or MCU for short – just Google that and see what kind of fanboy fare pops up.  I mean, which of us hasn’t wondered while watching recent superhero films how exactly this character’s powers aren’t the trump card in that battle, or why they would pair this superhero with that love interest, or why the hero always has to take the mask off in the second film.  And specific to Marvel films, why we have to wait til the very end to see that last tidbit  – you get the idea.

To that point, Deadpool is a parody of itself, which is very difficult to attain.  Co-Writers Rhett Reese and Paul Wernick did another delightfully creative, uber-violent comedy called Zombieland – hopefully you caught that one.  Their peculiar sense of humor seems to have found a perfect match in the “merc with a mouth,” Marvel’s Deadpool.  One element used very effectively was the title character’s tendency to break the fourth wall.  I was skeptical the first couple times he did it – but man, it ended up one of the elements that made the whole production work. 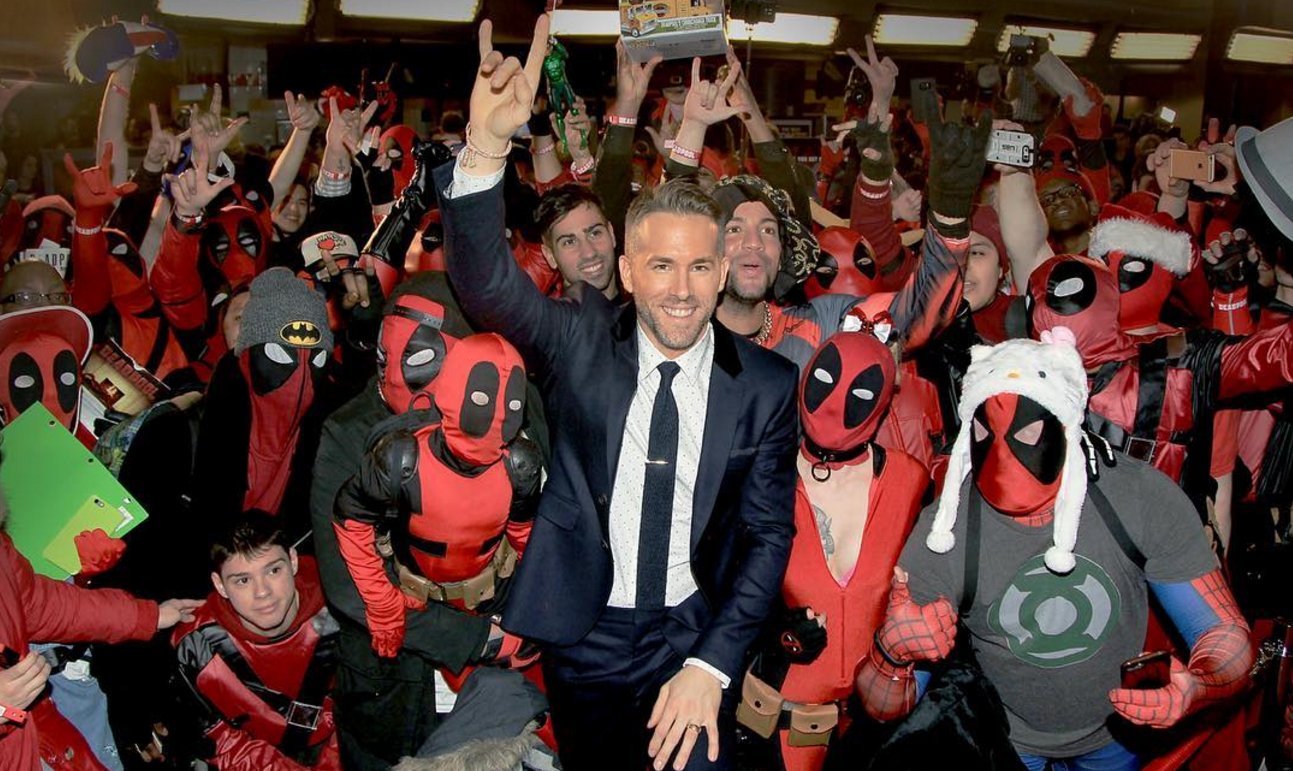 And, this comic book based, R-rated Marvel film – can they do that? – found its ideal leading man in Ryan Reynolds.  Like I mentioned, we did a lot of social media analysis on this title, and we found that years ago, as soon as the film was green-lit, Reynolds himself was the first one sharing the news on social.  He couldn’t WAIT to get into the red spandex.  That, my friends, is what we all wish to see in leading men and women these days – a commitment to the project that the audience ultimately feels on screen.  I can think of few other examples in recent memory of a more committed star, whose performance was such a key indicator to whether or not the film would work at all.  For a small exhibit in support of what I’m talking about, check out this picture that was shared in the trades the week after open.  Mr. Reynolds thought it’d be nice to stop by and say hello to the 20th Century Fox Marketing Team (see Note 1) – and buy them chimichanga’s for lunch, which is Deadpool’s favorite snack. 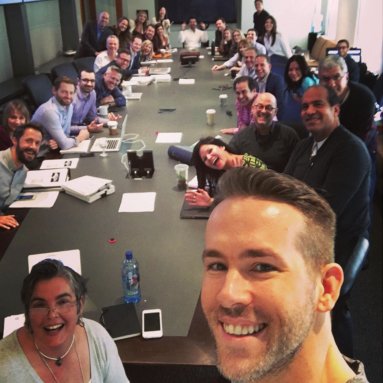 The marketing is another reason the movie worked.  The messaging took the sense of humor of the character, and leveraged it using Reynolds – and why not?  Each trailer and poster and clip from the film was hilarious to the point you couldn’t wait to see the next.  Again, another exhibit of support is seen at the very bottom of this post – the ad for buying Deadpool on Blu-Ray.  Please, be sure to check that out if you haven’t seen it already.  Now, sure, they tried new techniques like the 360 view on Facebook.  But at its center, 20CF had the gumption to follow its leader and extend this anti-hero’s bizarre sense of humor to moviegoers, a move that ultimately paid off.

OK, OK but… what’s it about?  It’s about this ex-special forces guy named Wade who falls in love with Vanessa (Morena Baccarin).  So, definitely boy meets girl – boy falls in love with girl.  But, then he gets diagnosed with terminal cancer.  Ruh roh – sounds like boy’s gonna lose girl.  However, a shady character tells Wade that he can cure his cancer and give him amazing abilities.  Well, this is the rather identifiable part of the Deadpool character – who doesn’t want that?  Even we, in our post-adolescent years, we still fantasize about what we’d like to be able to do – if only [fill-in-the-blank].  Regardless, as the trailer below so adeptly illustrates, the procedure goes radically wrong.  Wade does not – repeat NOT – have Batman or Superman’s looks.  In fact, he’s so angry about his looks that he decides to pursue the villains.  That anger, that pursuit, that quest for vengeance is one that moviegoers can identify with. 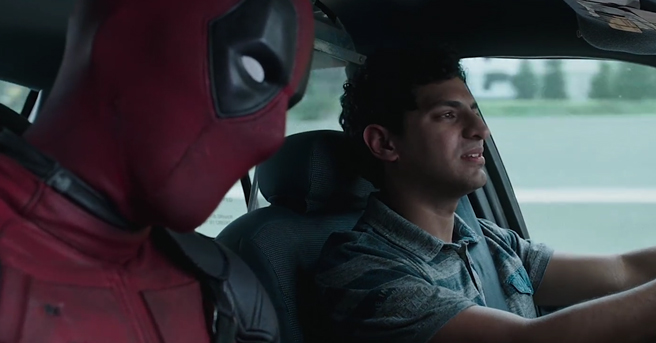 And these bad guys are excellent villains.  Gina Carano as Angel Dust and Ed Skrein as Ajax deserve all kinds of credit for contributing to Deadpool’s overall success.  If the villains were pushovers or morons or inexplicably powerful, we’d fold our arms.  But instead, they set up Wade’s next punch line and adequately battle him – and his sidekicks.  Just as good as the villains are X-Men comic characters Negasonic Teenage Warhead (Brianna Hildebrand) and the monstrous Colossus (Stefan Capicic).  In fact, the presence of only two X-Men to aid Deadpool sets up one of the funniest lines in the film, which I won’t ruin for you.  But, I have to admit that my favorite character in the film is Karan Soni as Dopinder.  Even with the presence of this supporting part in the trailers, I had no expectation for how funny his interaction with this superhero would be.  Watch, and enjoy.

Long story short – too late – writers Reese and Wernick beautifully set up the pieces, Reynolds and his co-stars killed the acting and director Tim Miller shuffled it all together into a beautiful piece of cinema.  And by the way, it earned over $363M in the U.S. last year.  That ranks #6 for 2016.  And that means it beat all the films up for best picture.  Now, should box office success be a definite consideration among Academy voters?  No, I’m not necessarily suggesting that.

What I am suggesting is that Deadpool would really round out the nominees.  It’s one of the most successful rated R films, ever.  It is, in my view, an action-comedy.  And, from another standpoint, it’s a great superhero film.   So my question to the Oscar voters is, why not celebrate this one?  There are ten spots for best picture!  And we’re always lamenting the missing “crowd favorite,” the lack of comedies, the shortage of “smart” films.  Deadpool is all of these.  I don’t care that it’s crass and far short of classy.  It’s FUNNY.   And it made a lot of people wanna go to the movies…  Well, at least Wade & Co find themselves on our “Top Ten” for 2016.

NOTE 1: part of the reason I love that photo of Reynolds in the Marketing conference room is that I used to work for the ad agency of record for 20th Century Fox – and that young lady on the left was head of that department!  Nice to see JR getting some credit…

Best, most reflective trailer of what the Viewer is getting into –

And, here’s the ad for grabbing Deadpool on Blu-Ray: