I don’t care what anyone says, “Brick” is great! 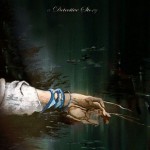 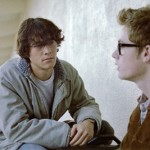 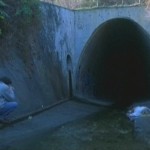 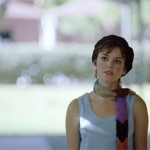 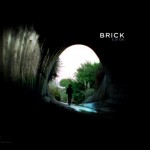 For my 50th post, I decided to cover a film that I rather enjoy, but many of my readers seem to detest.  Let’s have a look at Brick, shall we?

I saw this film in the theater because the preview convinced me this was a film for me: it had witty dialogue, it seemed like a pseudo-Private Eye story (note Capitalization), there were allusions to violent action, a very attractive love interest… I was hooked!  The viewing in the theater didn’t let me down, either: basically, I wanted to see it again as soon as I finished it.  And so, I caught it on DVD through Netflix and thought even higher of this film.  Over the years, I’ve seen it several more times, read up on the cast and crew, read reviews and discussed it with folks.  I think this is an appropriate “Burke Favorite” for my 50th entry because Brick represents what I like about film so much: it brings people together to discuss ideas and opinions, even if they really, really disagree with whether or not it was a good movie at all…

Pardon me – let me reset my focus here with a little simple Q&A.  What exactly is this picture about?  A “brick” of heroine that has gone missing from a drug kingpin’s stash in a Central California community: and the “Pin” suspects a cute girl named Emily, who’s new to the underworld, might have snagged it.  When this Emily turns up dead in a drainage ditch, her ex-boyfriend, Brendan, decides to investigate.  But, the first twist – if you want to call it that – is that these are all high school students or criminals in their late teens or early twenties.  I think this is the first brilliant part to Brick is that this setting seems to out of the ordinary for a ’30s/’40s tribute to hard-boiled private eye fiction.  I mean, do people actually talk like that anymore?  No!  But who knows what kids are saying these days, right?  Also, don’t some criminals come across as kids?  What I mean is, a drug pusher sounds like a child complaining sometimes because, “he was playing on my side of the playground!”  Or territory, turf, what have you… it’s just a thought.

So then, I think the story is engaging and entertaining: what about the technical aspects?  I thought for an independent feature, the production was very well done considering how the cinematography, editing, costumes – and particularly the music – helped form the story as a whole.  It was the “little things” too that had Brick firing on all cylinders: think of how usually the Detective in these stories always lights up a smoke or checks his pistol or adjusts his tie at the moment before he confronts someone.  In Brick, the hero Brendan will usually remove his glasses from his glasses case, which has a nifty little snapping sound when he shuts it.  And what about how the clues he sees along the way, from the arrow on the cigarette, to the symbol for the drainage tunnel?  I thought these kinds of twists and tributes to the traditional Detective/film-noir was pretty smart.

In the end, is this a brilliant, stop-the-presses kind of movie?  No, I admit that.  But if you like Detective fiction (try Mickey Spillane if you haven’t already), film-noir (try The Maltese Falcon for sure) and Indy cinema, I think you’d get a kick out of Brick.  And now, all you who disagree with me have an area to post your comments… here… to the bottom of this post…

4 Responses to I don’t care what anyone says, “Brick” is great!